BE 2.0 (Beyond Entrepreneurship 2.0): Turning Your Business into an Enduring Great Company 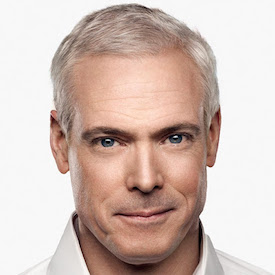 Jim Collins has produced a succession of transformative leadership books, notably Good to Great, Built to Last, How the Mighty Fall, and Great by Choice, which form the centerpiece of every leadership library around the world. Jim Collins himself has become the world’s leading thinker on what makes great companies tick, and a Socratic advisor to CEOs and leaders worldwide. In BE 2.0, he honors Bill Lazier, his mentor who passed away in 2005.

Below, Jim shares 5 key insights from his new book, BE 2.0 (Beyond Entrepreneurship 2.0): Turning Your Business into an Enduring Great Company. Download the Next Big Idea App to enjoy more audio “Book Bites,” plus Ideas of the Day, ad-free podcast episodes, and more.

Next Big Idea Club · BE 2.0 (Beyond Entrepreneurship 2.0): Turning Your Business into an Enduring Great Company

1. Will you make the trust wager?

Bill Lazier was a professor of mine at Stanford Business School, and he was the closest thing to a father I ever had. One day, I shared with Bill that some people whom I had trusted had abused that trust. I asked Bill if he had had that experience, and he said, “Of course, it’s a part of life.” And I said, “Well, have you become more distrustful of people, as I feel like I’m becoming?”

And he said, “Jim, you need to decide which wager you are going to make on trust. On one side, you start off assuming that people are trustworthy, and on the other, you don’t trust someone until they prove themselves.” He was a believer in the former. The upside if you trust people, in Bill’s view, is that you will attract the best people, because the best people want to be trusted, and they want to be worthy of that trust. Distrust, on the other hand, will drive the best people away. A life of great relationships only happens if you surround yourself with the best people—that’s why Bill would always say the best trust wager is to have the opening bid of trust.

“True leadership only exists if people follow when they would otherwise have the freedom to not follow.”

Many of my books—Built to Last, From Good to Great, How the Mighty Fall, Great by Choice, and so forth—have all been based on seminal research studies on what makes great companies tick. But how do all these books fit together? In BE 2.0, I consolidated their ideas into a single framework, a map. You may be familiar with these ideas, like Level Five Leadership, the Stockdale Paradox, the Hedgehog Concept, and the Flywheel Effect. Now, they are all put together in a single map that you can follow.

3. Are you leading, and how would you know?

True leadership only exists if people follow when they would otherwise have the freedom to not follow. If you have to rely on rank or position or money or any other form of power to get things done, that’s not the same as leading. Inspired by the writings of Dwight D. Eisenhower, I believe that leadership is the art of getting people to want to do what must be done.

“How will some people’s lives be different and better because you were here on this planet?”

4. Is your company too big to be great?

Great does not equal big, and big does not equal great. In my past research, I’ve written about companies that went on to be big, but we always looked at them from when they were small all the way through becoming great companies. One of the reasons for that is that it is very difficult—even statistically remote—to turn a big, mediocre company into a great company. If you want to build something great, you’re far more likely to succeed if you put in place the elements that will make the company great while it is still small enough to be shaped by hand.

5. How will you change the lives of others?

Shortly after Bill passed away, I was sitting in the Stanford chapel where a thousand people had assembled to honor this great man. As big of an impact as he’d had on me, he’d had a huge impact on a whole bunch of other people, too. He had created changes that would extend through space and time long after his life had ended.

Ultimately, if you define your success by money, you always lose. Bill defined success in terms of the impact he had on people, which to him was one of the most worthy uses of yourself in the world. So that is really the big question: How will you change the lives of others? It doesn’t have to be a lot of people, but how will some people’s lives be different and better because you were here on this planet?