Buyer Aware: Harnessing Our Consumer Power for a Safe, Fair, and Transparent Marketplace 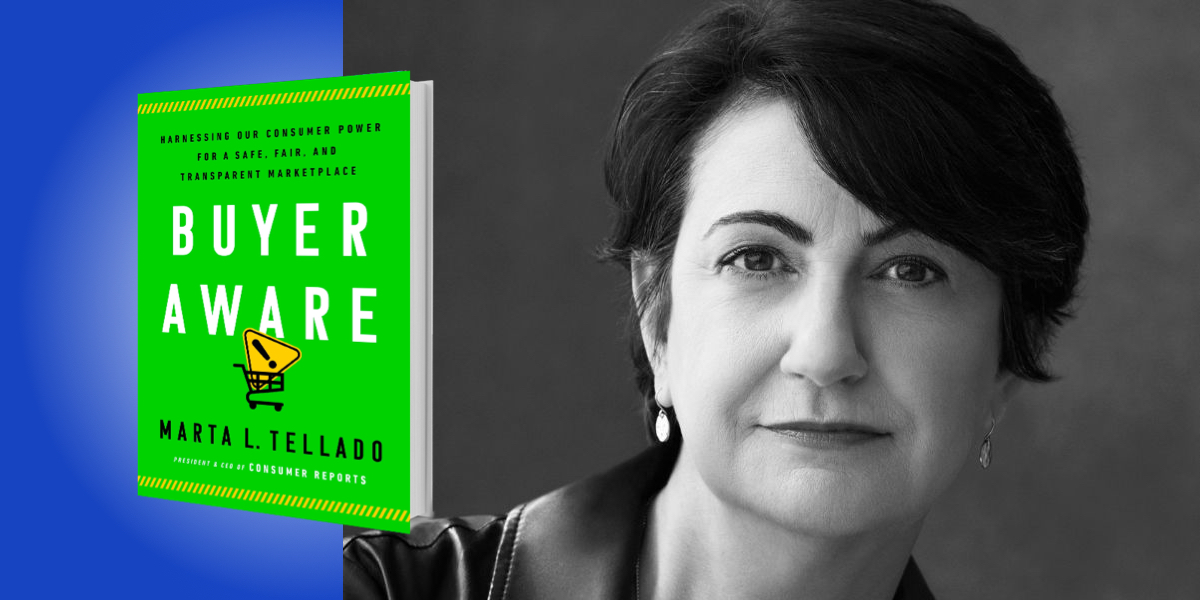 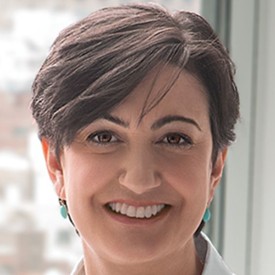 Below, Marta shares 5 key insights from her new book, Buyer Aware: Harnessing Our Consumer Power for a Safe, Fair, and Transparent Marketplace. Listen to the audio version—read by Marta herself—in the Next Big Idea App.

1. The digital marketplace has shifted power away from consumers.

For decades, many believed that technology could right society’s wrongs. The pure science of numbers would remove bias, information would be at our fingertips, and together, this would open vast opportunities to more people. Technology and innovation would be the great equalizer.

Instead, we’ve seen a seismic shift in the marketplace as the digital world has engulfed the analog world. Early in the internet revolution, we began to lose control over our digital lives, and technology has continued to speed ahead as our consumer rights fall even further behind.

Our personal information has become the world’s most valuable currency. Tech companies are tracking us, targeting us, and taking advantage of their oversized market power to limit our knowledge and our choices. Consumers have become the products, not the customers, and that hurts our privacy, security, and control over our personal data and lives.

We are at a crossroads, and our ability to grow consumer power in the digital marketplace will decide our future. Together, we must create an innovative digital world, designed to empower consumers as the driver of their own destinies.

A fair market is essential to a fair democracy. Every day though, our marketplace denies people the economic power to function as free and equal members of society. Some pay higher premiums for car insurance because of their zip code, some pay a “pink tax” for products branded for women, and some are denied a kidney transplant because of a race-based medical algorithm.

“Through questionable facial recognition products and shady algorithms, technology has proven in many cases to preserve, rather than kill unfairness in the marketplace.”

The idea that technology would be impartial has been proven wrong. The old computer-coder quip about “garbage in, garbage out” can be updated to “bias in, bias out.” Through questionable facial recognition products and shady algorithms, technology has proven in many cases to preserve, rather than kill unfairness in the marketplace.

When our economic power and agency are undermined, so too is our power to function as full members of our democracy. If you can’t secure a home loan because of your race, that is not democracy, that is discrimination. If a company can decide that any dispute must be decided by their arbitrator, rather than a court of law, that is coercion. When rules protect the company, not the child they harmed, that is not democracy, that is injustice. What is at stake is not only our economic rights but also our democratic values.

3. We need to restore trust in the marketplace.

The burden is increasingly on the consumer as we navigate a complex obstacle course of products. Social media platforms undermine our democracy by promoting misinformation for clicks and profit. Financial firms and predatory lenders take advantage of our most vulnerable communities. Biased algorithms perpetuate discrimination in our economy. Unsafe products threaten our lives, but stay on shelves. Companies use their power to tip the scales with almost no fear of liability.

It is no surprise that when you ask consumers, most will tell you that the current system doesn’t work for them. In a nationally representative survey by Consumer Reports, only 35 percent of Americans trust that products and services they buy will not cause physical harm. Nearly two-thirds say the federal government does too little to protect consumers.

The only way to rebuild that trust is by restoring transparency and accountability. We need to pull back the curtain on company practices and algorithmic code. We need to strengthen the laws and government agencies that can hold bad actors liable.

We can build a consumer movement that ensures the rules are fair and that the standards encourage competition and prioritize people. This movement can help to make sure that business and government leaders are accountable for their actions. Consumers are a sleeping giant of power waiting to be released. We can—and we must—fight back.

Too many companies prioritize profits over people’s safety. In a 2020 Consumer Reports survey, 97 percent of respondents said they believed that manufacturers safety-tested their products before selling them. However, almost none are required to do so, even when the products in question are for infants and have potentially deadly consequences.

“Your safety is a right, not a luxury.”

An example of this is the Fisher-Price Rock ‘n Play Sleeper, a wildly popular “inclined sleeper” for infants. The product was created by a toy designer, not an infant sleep expert. The designer ignored guidelines from the American Academy of Pediatrics, which advises that babies should sleep on a firm, flat surface. In the years that this product was on the market, nearly 100 infants suffocated while sleeping in it. Instead of recalling the life-threatening sleeper, Fisher-Price denied the problem, blamed parents, and insisted that the Rock ‘n Play was safe. It took an investigation by Consumer Reports before the company finally recalled the sleeper.

Our children’s products are by no means the only threat to safety. Other dangers are all too common, from furniture that isn’t regulated for tipping over onto children, to tap water with dangerous levels of “forever chemicals,” to car companies who want to charge you more for life-saving features. Your safety is a right, not a luxury. The Rock ’n Play saga illustrates a critical part of the dysfunction in America’s system: the rules are too often there to protect the companies, not the people – or the infants – they harm.

We must convince these corporations that it’s in their best interest to make their products safer. Companies should respond with openness when concerns arise about their products. When they don’t, we must have policies and standards that prioritize protecting lives over company reputations.

5. Consumers must recognize the power they have.

Flexing our consumer might starts with realizing the influence we hold every day. Exercising your consumer power might look like reporting a company for mistreating you or sharing harmful product recall information with your friends and family. It could be choosing not to purchase products that steal and sell your personal data. Our individual actions add up to strengthen our impact on the marketplace.

Once we recognize that potential, we have to arm ourselves with trusted sources of information that can help us make these decisions. At a time when it’s so easy for misinformation to spread in our feeds or on our phones, it’s more important than ever to be a critical consumer of information. That means taking the time to find sources that are credible, science-based, and independent. When we’re equipped with information that’s trustworthy, we’re empowered to build a marketplace worthy of trust.

We must also understand the power we have together. There is a lot of cynicism out there that nothing ever changes. That frustration is understandable.

We’ve seen consumer power accomplish incredible things, despite the odds. Consumer power can put life-saving technology in cars, expose the harm of tobacco companies or get dangerous infant products banned. History has shown that we can pressure companies to not only change bad practices but start designing products and services with our needs in mind. Our power can get the government to pass the rules that uphold consumer rights and enforce those rules when companies violate them.

“When we’re equipped with information that’s trustworthy, we’re empowered to build a marketplace worthy of trust.”

There are so many ways we can build on this inspiring history. Maybe you’re committed to keeping toxic chemicals out of our food and water, or you want to make sure that you’re not getting charged a different price for the same product, or you want to stop medical devices from being biased against women and people of color. Whatever your passion, you can make a difference, from calling for consumer-friendly laws to joining organizations fighting for your rights.

Corporations may have an army of lobbyists, but consumers are a powerful lobby on our own. If we wield our power to the fullest, we can bend the market toward fairness and justice, as we have done before. That also means we must invite, include, and empower people from across all our communities to take action. We have to ask ourselves: Who’s being left out?

The consumer movement must represent and be led by people from all walks of life to address the diversity of issues that matter to consumers across every community. In the past, most consumer advocates were lawyers. Many battles were won because of their work, like the establishment of the Consumer Product Safety Commission and the Environmental Protection Agency. Today, we must extend our movement beyond those with law degrees.

There are different roles for different people—from the reformer ready to join local government and promote better policies, to the technologist who wants to make the internet work for people, to the business student who wants to bring ethical and consumer-focused standards into corporate culture. The consumer movement is all of us, so let’s get to work.

To listen to the audio version read by author Marta Tellado, download the Next Big Idea App today: