How the Clinic Made Gender: The Medical History of a Transformative Idea 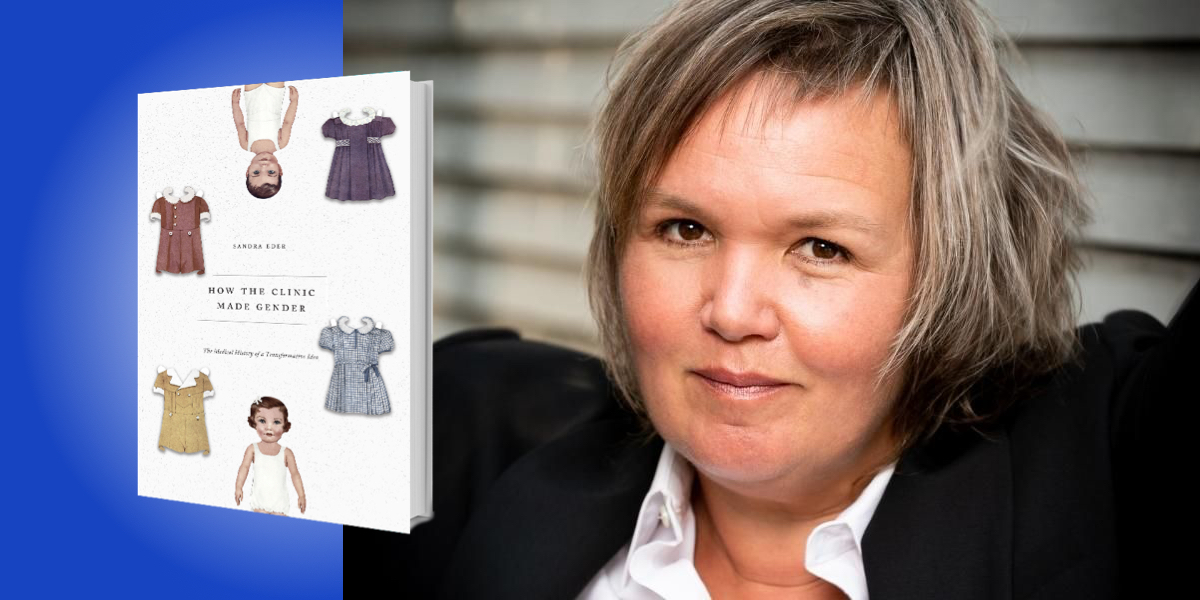 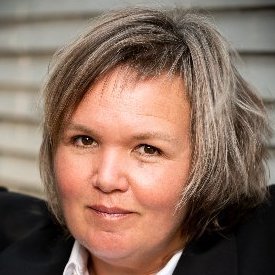 Sandra Eder is an assistant professor in the History Department at the University of California, Berkeley. Her research expertise lies in topics of gender, sexuality, and medicine.

Below, Sandra shares 5 key insights from her new book, How the Clinic Made Gender: The Medical History of a Transformative Idea. Listen to the audio version—read by Sandra herself—in the Next Big Idea App.

1. Gender was invented by American medicine in the 1950s.

Gender, as opposed to sex, is a common concept today. Indeed, if we use Google search as a barometer of gender’s importance in our contemporary world, a keyword search will bring up over 1 million results. Even the WHO has a definition of gender, defining it as “the socially constructed characteristics of women and men—such as norms, roles and relationships of and between groups of women and men.”

Yet this description seems far from settled. Not to mention that new laws and policies have been introduced in states such as Florida or Texas that restrict discussion about gender. As access to gender-affirming care (or even bathrooms) for transgender people has become a point of disagreement in America’s politically divided society, gender has become a key issue for political debate. But where does gender as a concept come from?

“Gender” was invented within U.S. medicine in the mid-20th century. It transformed over the span of three decades, going from a pragmatic tool in the sex assignment of children with intersex traits in the 1950s, to an essential category in newly established gender identity clinics for transgender individuals in the 1960s, to a focal point of feminist debates about the sex/gender binary in the 1970s.

What is intersex? Some people are born with reproductive or sexual anatomy that doesn’t fit the typical definitions of female or male. The medical term for such a condition is “intersex” or “disorders of sexual development” (DSD). There are estimates that about 1.7 percent of the population fall into this category. Because our world is organized in binaries, and since being a man or a woman came with certain rights and obligations in the past, it was socially and legally important to determine the sex of people that didn’t fit easily into one of the two categories.

“For an adult, that often meant maintaining the sex they were already living in, even if it contradicted their biological sex.”

By the end of the 19th century, physicians claimed that they could tell somebody’s true sex based on whether they had ovaries or testes. In reality, this determination was far from clear-cut, and physicians increasingly took into account the sex that had been assigned at birth as well as their psychosexual identity. Consequently, physicians also tried determining sex based on behavior and social outcome. Some of them thought it might be better for intersex individuals to grow up in the sex that fit their behavior, and took into account if they felt as man or woman. For an adult, that often meant maintaining the sex they were already living in, even if it contradicted their biological sex. By the 1950s, physicians were no longer looking for the biologically correct sex, and that gave intersex children a relatively normal life in which they could be recognized as boy or girl.

2. Gender was meant to solve which sex people with intersex traits should live in.

In the 1940s, pediatric endocrinologist Lawson Wilkins was treating children with intersex conditions at Johns Hopkins Hospital and its affiliated Children Hospital in Baltimore, Maryland. His main focus was congenital adrenal hyperplasia (CAH), a condition that caused male-appearing genitals in genetically female children at birth and male appearance throughout life. Many of these girls lived in the male sex because Wilkins favored social functionality for sex assignments. As Wilkins treated these children with cortisone, he wanted to learn more about their psychological health and settle the question of how children with XX chromosomes and male-appearing genitals should live: as boys or as girls.

Wilkins hired psychologists John Money and psychiatrist couple Joan and John Hampson to perform a study on children with intersex traits that visited his clinic. The team compared biological sex characteristics and the sex the child was being raised in. Based on this comparison they invented the term “gender role.” The researchers claimed that rather than being determined biologically, masculinity and femininity were learned in the course of growing up. But there was a catch: any ambiguity in appearance had to be removed. This meant that in order for children to learn their gender role and convincingly become a boy or a girl, their body had to be adjusted to the sex they were raised in. The Hopkins team insisted that genital surgery was therefore essential in helping children develop the gender role consistent with their assigned sex at birth.

“The researchers claimed that rather than being determined biologically, masculinity and femininity were learned in the course of growing up.”

The Hopkins model is also referred to as the “optimum gender of rearing model”—it recommends assigning any of two sexes early (assuming that gender role will follow) and surgical procedures to make the genitals of infants and small children appear convincingly male or female. This entailed that these genital operations were performed on children at an age when they were incapable of consent, and many only learned about these procedures in adulthood.

This approach to intersex case management (ICM) remained virtually unchallenged until the 1990s. The first fundamental critique came from activists, feminists, and gender scholars. Many of the activists possessed intersex traits and had been subjected to these drastic surgeries in their childhoods. Intersex activists have campaigned for many years for a wait-and-see approach. They recommend letting children grow up without rushing irreversible surgical decisions. However, to this day, very few medical institutions in the U.S. have stopped medically unnecessary surgeries on children born with intersex traits.

4. The meaning of gender was shaped by its historical context.

The sex/gender binary developed at the John Hopkins Hospital proposed that gender role was learned and independent of biology, but it was nonetheless “real.” A person’s gender role became fixed through an opaque process of imprinting in early childhood. Gender ultimately became indelible.

Even though the idea of gender was deeply environmental, it still assigned merit to stereotypical sex norms. Girls were meant to be caring, gentle, domestic, and aspiring to marriage. Sexuality was part of this proper gender role development, and heterosexuality was a sign of proper adjustment to one’s gender role. National concerns during the Cold War also shaped the policy to endorse existing norms and boundaries, social adjustment to a cultural status quo, and consequently binary sex roles. Ironically, a focus on culture and environment could be as deterministic as a focus on biology.

“Ironically, a focus on culture and environment could be as deterministic as a focus on biology.”

5. Gender has gone through many transformations.

The term “gender” offered new ways of speaking and thinking about sex. In the 1950s, Money and the Hampsons relied on social norms of masculinity and femininity to evaluate gender roles. The biological binary of sex might have fallen, but a social binary of sex was still important.

In the 1960s, psychologists increasingly used the term “gender identity” to describe a person’s innermost conception of self. In the late ’60s and early ’70s, Gender Identity Clinics were established at many American hospitals to provide care for trans individuals. The physicians often relied on stereotypical gender roles that did not fully encompass the experience or desires of their patients.

Outside of medical institutions, feminist activists, artists, and the queer community increasingly used gender in the early 1970s, often in combination with provocative terminology, to question and “queer” traditional gender stereotypes. Some feminists took the Hopkins findings to argue that if gender roles were learned, then they could also be unlearned or reconfigured. Women and girls could be boisterous, independent, play with cars, fall in love with other women, and still be female. All of these behaviors would have been deemed masculine in the Hopkins model and considered a failure of proper gender role adjustment. By the late 1970s, gender became part of feminist debates and was increasingly scrutinized and redefined. In this way, gender became a feminist creation, increasingly separated from its clinical origins and eventually a term that we are all familiar with. It is up to us to fill it with meaning for the 21st century.

To listen to the audio version read by author Sandra Eder, download the Next Big Idea App today: