What a Simple Cup of Coffee Can Teach You About Gratitude 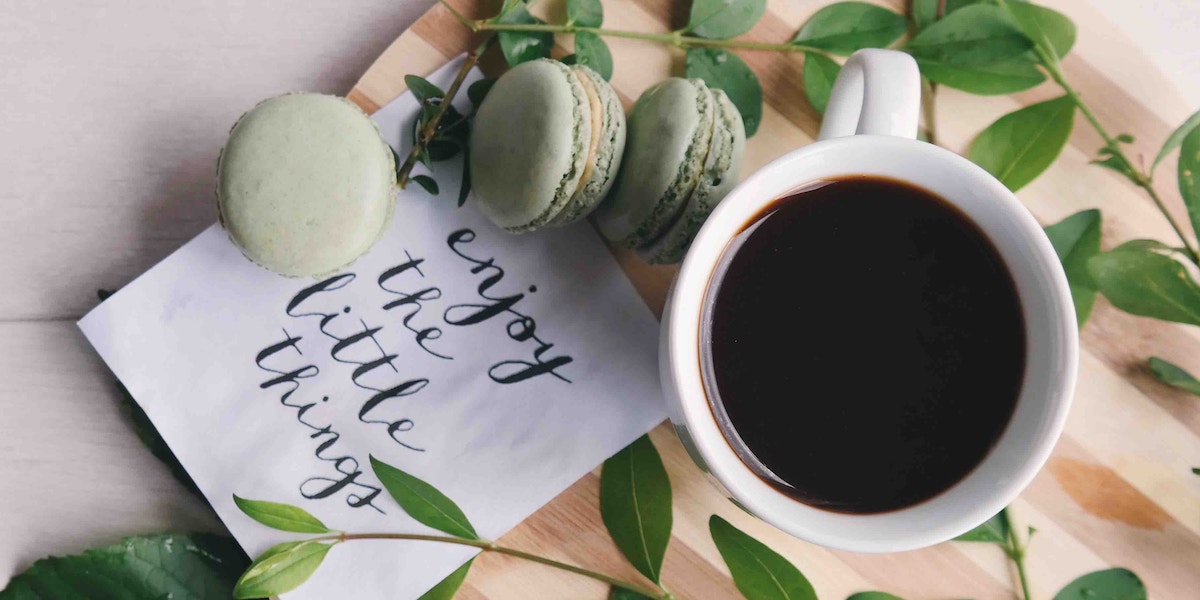 A.J. Jacobs is a journalist and author of four New York Times bestsellers, including The Year of Living Biblically, Drop Dead Healthy, and The Know-It-All. He is also a contributor to NPR, Esquire, and the New York Times, and has given several renowned TED talks.

A.J.’s latest book, Thanks A Thousand: A Gratitude Journey, chronicles his mission to thank everyone in the world who helped make his morning coffee possible. We sat down with A.J. to ask about what inspired this latest adventure, what surprised him most during the process, and how we can all be a little more grateful for the little things we take for granted.

1. In two sentences or less, can you sum up the “big idea” of your book?

Our coffee – as well as every other item in our lives – only exists because thousands of things went right on its journey. By acknowledging this, we can fight our brain’s built-in negative bias and be happier and more productive.

2. What surprised you the most in your research?

The sheer number of people required for something as simple as a cup of coffee. For instance, I thanked the trucker who drove the coffee beans to my local coffee shop. But he couldn’t have done his job without the road, so I had to thank the folks who paved the road. But the road needs yellow lines so the truck doesn’t veer into oncoming traffic. So I thanked the folks who made the paint. It doesn’t just take a village to make a cup of coffee. It takes the world. I try to practice six degrees of gratitude.

3. Did an event from your personal life inspire or affect the book?

Yes, I can thank my son for the idea. A couple of years ago, I started this ritual before meals. I’d say a prayer of thanksgiving. But I’m not religious, so instead of thanking God, I’d thank some of the people involved in my meal. I’d say “I’d like to thank the farmer who grew these tomatoes. And the cashier at the grocery store who sold me these tomatoes.” Then one day, my 10-year-old son said to me, “You know dad, those people can’t hear you. If you really cared, you’d go and thank them in person.” I said to myself, that’s actually a good book idea. So I spent the next six months traveling the world thanking people in person for my coffee. I focused on coffee because it’s so simple but so important. I couldn’t live without it. Food, shelter, coffee.

4. Do you have a favorite quote or motto that guides your life?

I like the phrase “Just Do It.” But I would revise it to say: “Just do it, as long as you’ve properly weighed the costs and benefits to both you and society at large.” I know. Not quite as catchy. But I think we need some more rational thinking in this world. The gut can be a dangerous thing. Our president uses his gut, and I’m not a fan of where it’s gotten us.

5. What was your most humbling moment?

About 15 years ago, I posed for a nude photo that was then printed in Esquire. That was way out of my comfort zone. And probably everyone else’s comfort zone as well. It happened because the editor in chief of Esquire asked the actress Mary Louise Parker to pose nude for the magazine. She said she would, but on one condition: The editor of the article also pose nude, so he could experience the vulnerability and objectification as well. I was the editor of the article. My boss told me to do it. So I did. I’m actually very impressed with Mary Louise Parker’s idea — it definitely gave me a new understanding of being on the other side of the camera.

6. What trivial trick, talent, or feat can you do to impress people?

7. What’s something that is really easy for most people that you find really challenging?

Tying shoelaces. I mean, I know how to do it. I just find it super-annoying and irrational. It’s why I use elastic shoelaces. I wish that I could wear Velcro sneakers without hearing jokes about how I’m either a toddler or a 78 year old Sarasota retiree. But soon I’ll be old enough to pull them off.

8. What is one book that you wish everyone in the world would read?

Enlightenment Now by Steven Pinker. I don’t agree with all his points, but I endorse the gist: Progress is real. The past was violent, disease-ridden, sexist, homophobic, smelly, you name it. We shouldn’t glorify the past. In fact, it’s dangerous. It breeds nihilism, the feeling that nothing is getting better. Instead, we should be proud of how far we’ve come as a species, and inspired to solve the many, many yet-to-be-solved problems.

9. What would you like readers to take away from your book?

That being thankful isn’t just a polite thing to do. I think it’s one of the secrets to happiness. In my book, I quote a Benedictine monk who says “Happiness doesn’t lead to gratitude. Gratitude leads to happiness.” Also, I’d love for readers to take away the name for that cardboard sleeve that goes around the cup and keeps your fingers from burning. It’s called a “zarf.” That’s crucial information!