Work Won’t Love You Back: How Devotion to Our Jobs Keeps Us Exploited, Exhausted, and Alone 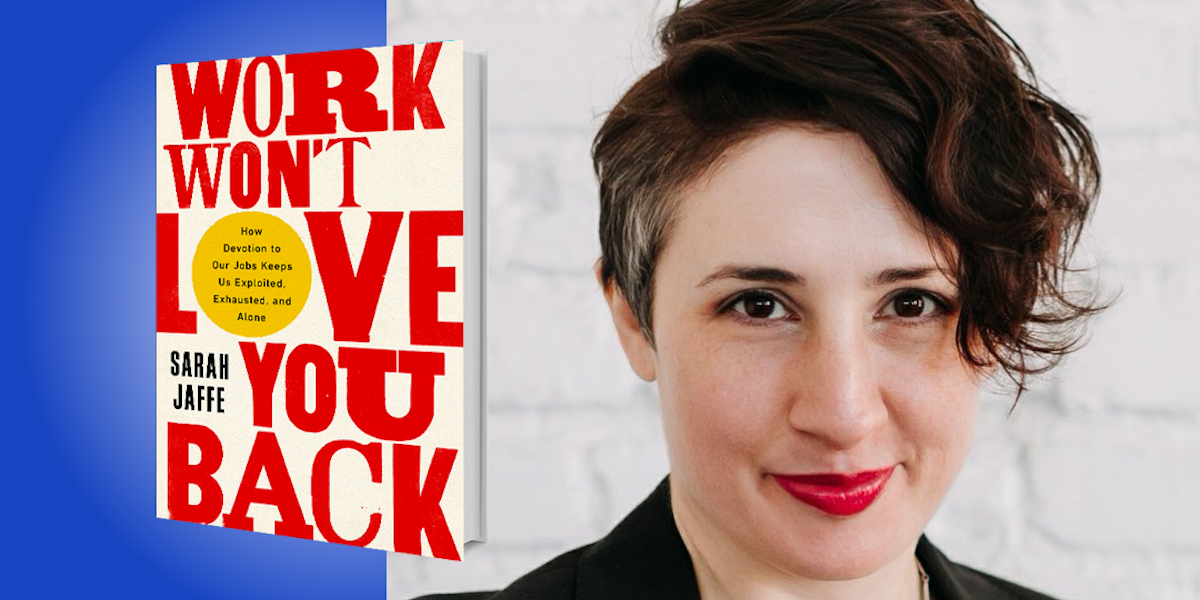 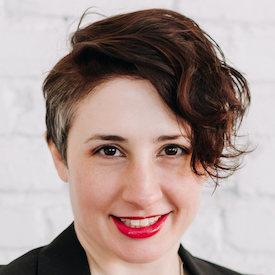 Sarah Jaffe is a Type Media Center Fellow and an independent journalist covering the politics of power, from the workplace to the streets. She is the author of Necessary Trouble: Americans in Revolt, and her work has appeared in the New York Times, The Nation, The Guardian, the Washington Post, the New Republic, the American Prospect, and many other publications. She is the cohost, with Michelle Chen, of Dissent magazine’s Belabored podcast, as well as a columnist at The Progressive and New Labor Forum.

Below, Sarah shares 5 key insights from her new book, Work Won’t Love You Back: How Devotion to Our Jobs Keeps Us Exploited, Exhausted, and Alone (available now on Amazon). Download the Next Big Idea App to enjoy more audio “Book Bites,” plus Ideas of the Day, ad-free podcast episodes, and more.

Next Big Idea Club · Work Won’t Love You Back: How Devotion to Our Jobs Keeps Us Exploited, Exhausted, and Alone

1. Work sucks because most of us are doing it to make money for someone else.

The vast majority of us are working not because we want to find fulfillment or meaning in our lives—we’re doing it because we have to make a living. This is why work sucks: Most of the time, we’re making money for someone else. In other words, it sucks because of exploitation.

Exploitation is not just extra terrible work, or a job that you particularly dislike. These are the delusions foisted on us by the “labor of love” myth. Exploitation is wage labor under capitalism, where the work you put in produces more value than the wages you are paid are worth. Exploitation is the process by which someone else—your boss—profits from your labor. And this is true whether you’re a nanny making $10 an hour, allowing your employer to make much more money at her higher-paid job, or a programmer at Google making $100,000 a year while Google rakes in over $7 billion.

The reality of work under capitalism is that the worker doesn’t control much of anything while on the job. That fact doesn’t change if the job is more or less pleasant, or if wages are increased by a dollar an hour or $10 an hour. The concept of alienation isn’t about your feelings—it’s about whether or not you have the power to decide where and how hard you will work, and whether you will control the thing you make or the service you provide. As long as we have to make a living, work is always going to kind of suck.

2. The idea that we should like our work is actually a relatively new concept.

The way we work and the way we think about work have changed over time. And so while humans have long been presumed to do some kinds of work for the love of it, that’s an expectation that has grown and spread from a couple of types of work to pretty much everything. The idea that we work in order to find fulfillment, rather than a paycheck, wasn’t particularly widespread even just a couple of generations ago. When you’re digging coal or building cars for a living, no one expects you to do it because you like it. You did it because it paid decently—or because it paid at all.

“Are you expected to answer emails on weekends, or in the evening? All of those things come from the expectation that we love our jobs.”

Yet these days, the idea that we work because we like it has become common as those industrial jobs, which are now harder and harder to find, are replaced by service and caring work jobs (in most cases). The process of outsourcing or automating those jobs out of expensive locations like the U.S. and Western Europe has shifted the economy and thus the workplace in those rich countries, and resulted in employers seeking out the very human traits that industrial capitalism had tried so hard to strip away from the workplace. Those traits—creativity, people skills, caring—are what employers are seeking to exploit in the jobs that we’re supposed to love. Exercising them is what is supposed to make work less miserable. But instead, it’s helped work to worm its way deeper into every facet of our lives. Are you expected to answer emails on weekends, or in the evening? All of those things come from this expectation that we love our jobs.

3. Caring work is low-paid because we expect women to do it for free.

For millennia, caring work was women’s work. And with the advent of capitalism and wage labor, even though plenty of women also went off to work in the factories and the mills, women were expected to do the work in the home. When they left the home to go get a paid job, the jobs that were considered respectable for women were ones that were in some way related to or derived from the work that they did in the home, like teaching or nursing.

When women were recruited for those jobs, they were paid less, with the assumption that they were attached to a man, a father or a husband whose “real work” paid the real bills. Those expectations shape where and how women work today, but they also shape work for everyone else, as women’s work is now a much bigger part of the paid economy. In the U.S., the fields adding the most jobs these days are nursing, food service, and home health care. All of them are gendered jobs, where the worker is expected to care for other people. These kinds of service positions draw on the skills presumed to come naturally to women. It’s seen as an extension of the caring work that they do for their families.

And it’s worth noting that much of this work is the essential or key work that we heard so much about when the pandemic began. These are the people who are expected to risk their lives to keep going to work so that the rest of us can survive. In these jobs, workers are expected to provide service with a smile or genuine heartfelt care, and they are expected to put themselves second to the feelings and needs of their customers or charges.

“The implication is that if the work itself is fun, then you won’t mind doing it for cheap or even for free, just for the experience or exposure.”

4. Creative work is undervalued because it’s supposed to be the work of geniuses who do the work for its own reward.

If caring work is based in the all-sacrificing love of the mother, then creative work is something like romantic love based in a different kind of self-sacrifice, a voluntary commitment that is expected on some level to love you back. That lone artist in the studio splattering paint everywhere, unwilling to leave even to eat, compelled by his genius to work or die trying, is a myth that many take as a given, unaware that it, too, is a product of history and a particular culture’s image of itself.

That faith in genius has slipped into many places we never expected to find it. It’s in the tech press and sports journalism as much as art world publications. It convinces us that there is something that some people just have that the rest of us can’t, no matter how hard we work. It elides the real skills that some have worked for and it often, in fact, takes credit for other people’s work. And of course, those expectations of the artist have shaped a whole series of jobs in other highly profitable industries, from television and film to computer programming and even sports. The implication is that if the work itself is fun, then you won’t mind doing it for cheap or even for free, just for the experience or exposure. And you’d better look grateful, because there are always others who are coming for your “very cool job.”

5. The way to change all of this is to organize.

A lot of people expect me to give them advice on how to personally achieve better work-life balance, but that’s not really what I’m here for. Instead, what I bring you in my book are stories of how working people have changed their conditions—from the labor movement that fought for the eight-hour day and the five-day week to the video game programmers who have formed the world’s first union for programmers. From teachers to unpaid interns, these people have gone on strike and demanded better pay, better conditions, and lightened workloads.

The workers I wrote about have pushed back against the idea that their work should be provided solely out of love—though many of them still do genuinely enjoy their work. They have discovered the pleasures that are to be found in rebellion and collective action, in solidarity, standing shoulder to shoulder on the picket line, carving out spaces and time to be with other working people, and changing the conditions under which they work. They are laying claim to their time, and also to their hearts and minds outside of the workplace, saying that there are other things that they love more than work. You can’t do this by yourself; it only works if you get together. The more of you there are, the more power you have on the job and everywhere else.