12 Habits That Will Transform the Way You Lead 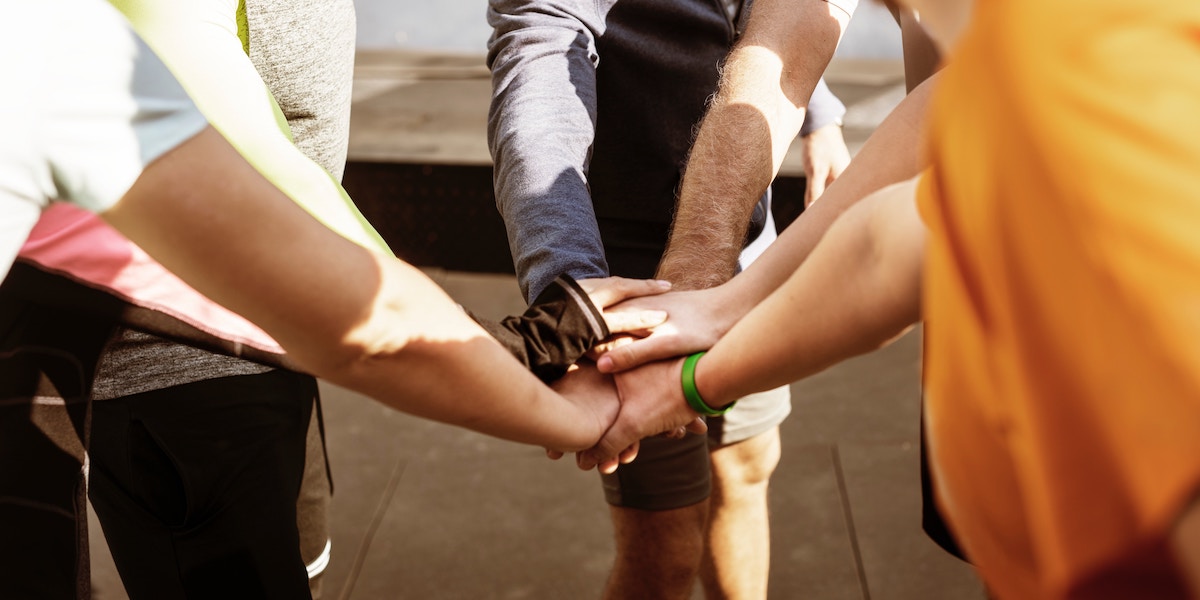 One of the most popular Dilbert comic strips in the cartoon’s history begins with Dilbert’s boss relaying senior leadership’s explanation for the company’s low profits. In response to his boss, Dilbert asks incredulously, “So they’re saying that profits went up because of great leadership and down because of a weak economy?” To which Dilbert’s boss replies, “These meetings will go faster if you stop putting things in context.”

Great leadership is indeed a difficult thing to pin down and understand. You know a great leader when you’re working for one, but even they can have a hard time explaining the specifics of what they do that makes their leadership so effective.

Great leaders change us for the better. They see more in us than we see in ourselves, and they help us learn to see it too. They dream big and show us all the great things we can accomplish.

Great leadership is dynamic; it melds a variety of unique skills into an integrated whole. Great leadership is also founded in good habits. What follows are the essential habits that exceptional leaders rely on every day. Give them a try and see where they take your leadership skills.

“The more elaborate our means of communication, the less we communicate.” —Joseph Priestley

Communication is the real work of leadership. It’s a fundamental element of how leaders accomplish their goals each and every day. You simply can’t become a great leader until you are a great communicator.

Great communicators inspire people. They create a connection with their followers that is real, emotional, and personal, regardless of any physical distance between them. Great communicators forge this connection through an understanding of people and an ability to speak directly to their needs.

“Courage is the first virtue that makes all other virtues possible.” —Aristotle

People will wait to see if a leader is courageous before they’re willing to follow his or her lead. People need courage in their leaders. They need someone who can make difficult decisions and watch over the good of the group. They need a leader who will stay the course when things get tough. People are far more likely to show courage themselves when their leaders do the same.

Leaders who lack courage simply toe the company line. They follow the safest path—the path of least resistance—because they’d rather cover their backside than lead.

Adherence to the Golden Rule +1

The Golden Rule – treat others as you want to be treated – assumes that all people are the same. It assumes that, if you treat your followers the way you would want a leader to treat you, they’ll be happy. It ignores that people are motivated by vastly different things. One person loves public recognition, while another loathes being the center of attention.

Great leaders don’t treat people how they themselves want to be treated. Instead, they take the Golden Rule a step further and treat each person as he or she would like to be treated. Great leaders learn what makes people tick, recognize their needs in the moment, and adapt their leadership style accordingly.

“It is absurd that a man should rule others, who cannot rule himself.” —Latin Proverb

Contrary to what Dilbert might have us believe, leaders’ gaps in self-awareness are rarely due to deceitful, Machiavellian motives, or severe character deficits. In most cases, leaders—like everyone else—view themselves in a more favorable light than other people do.

Self-awareness is the foundation of emotional intelligence, a skill that 90% of top performing leaders possess in abundance. Great leaders’ high self-awareness means they have a clear and accurate image not just of their leadership style, but also of their own strengths and weaknesses. They know where they shine and where they’re weak, and they have effective strategies for leaning into their strengths and compensating for their weaknesses.

“If you just work on stuff that you like and are passionate about, you don’t have to have a master plan with how things will play out.” —Mark Zuckerberg

Passion and enthusiasm are contagious. So are boredom and apathy. No one wants to work for a boss that’s unexcited about his or her job, or even one who’s just going through the motions. Great leaders are passionate about what they do, and they strive to share that passion with everyone around them.

Great leaders are humble. They don’t allow their position of authority to make them feel that they are better than anyone else. As such, they don’t hesitate to jump in and do the dirty work when needed, and they won’t ask their followers to do anything they wouldn’t be willing to do themselves.

Great leaders are generous. They share credit and offer enthusiastic praise. They’re as committed to their followers’ success as they are to their own. They want to inspire all of their employees to achieve their personal best – not just because it will make the team more successful, but because they care about each person as an individual.

“The very essence of leadership is that you have to have a vision. It’s got to be a vision you articulate clearly and forcefully on every occasion. You can’t blow an uncertain trumpet.” —Reverend Theodore Hesburgh

Great leaders know that having a clear vision isn’t enough. You have to make that vision come alive so that your followers can see it just as clearly as you do. Great leaders do that by telling stories and painting verbal pictures so that everyone can understand not just where they’re going, but what it will look and feel like when they get there. This inspires others to internalize the vision and make it their own.

“Just be who you are and speak from your guts and heart – it’s all a man has.” —Hubert Humphrey

Authenticity refers to being honest in all things – not just what you say and do, but who you are. When you’re authentic, your words and actions align with who you claim to be. Your followers shouldn’t be compelled to spend time trying to figure out if you have ulterior motives. Any time they spend doing so erodes their confidence in you and in their ability to execute.

Leaders who are authentic are transparent and forthcoming. They aren’t perfect, but they earn people’s respect by walking their talk.

“Management is like holding a dove in your hand. Squeeze too hard and you kill it, not hard enough and it flies away.” —Tommy Lasorda

Great leaders make it clear that they welcome challenges, criticism, and viewpoints other than their own. They know that an environment where people are afraid to speak up, offer insight, and ask good questions is destined for failure. By ensuring that they are approachable, great leaders facilitate the flow of great ideas throughout the organization.

“The ancient Romans had a tradition: Whenever one of their engineers constructed an arch, as the capstone was hoisted into place, the engineer assumed accountability for his work in the most profound way possible: He stood under the arch.” —Michael Armstrong

Great leaders have their followers’ backs. They don’t try to shift blame, and they don’t avoid shame when they fail. They’re never afraid to say, “The buck stops here,” and they earn people’s trust by backing them up.

A Sense Of Purpose

“You don’t lead by pointing and telling people some place to go. You lead by going to that place and making a case.” —Ken Kesey

Whereas vision is a clear idea of where you’re going, a sense of purpose refers to an understanding of why you’re going there. People like to feel like they’re part of something bigger than themselves. Great leaders give people that feeling.

Becoming a great leader doesn’t mean that you have to incorporate all of these traits at once. Focus on one or two at a time; each incremental improvement will make you more effective. It’s okay if you “act” some of these qualities at first. The more you practice, the more instinctive it will become, and the more you’ll internalize your new leadership style.