2030: How Today’s Biggest Trends Will Collide and Reshape the Future of Everything 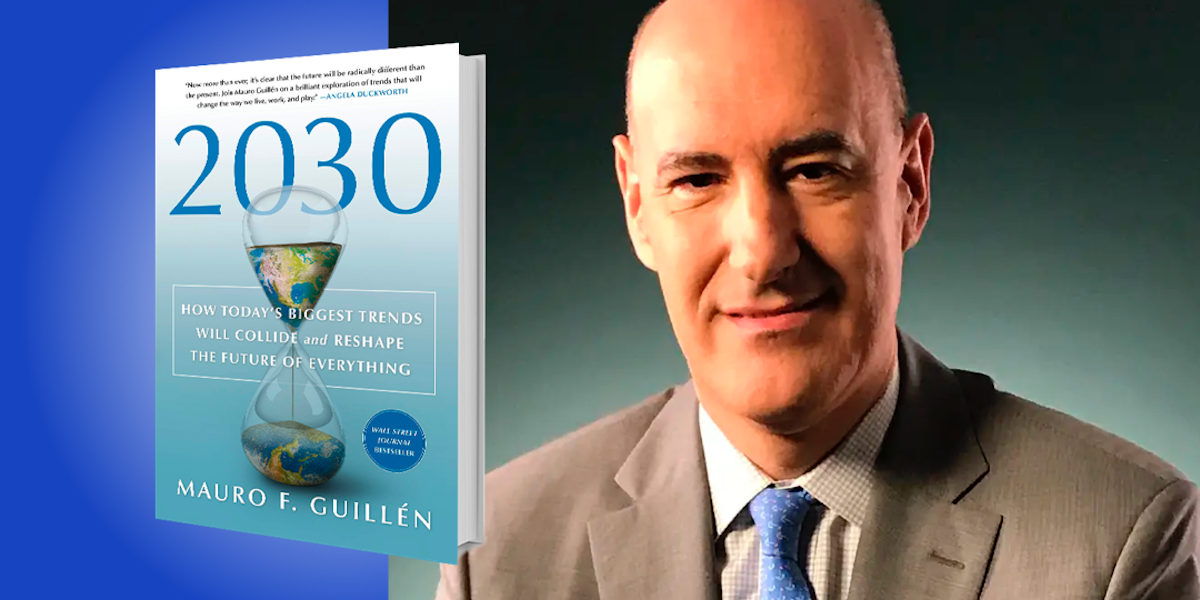 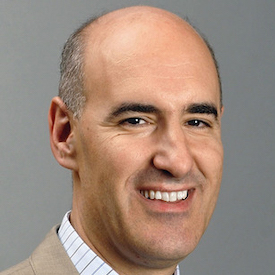 Mauro F. Guillén is an award-winning professor at the Wharton School, where he holds the Zandman Professorship in International Management and teaches in its flagship Advanced Management Program. An expert on global market trends, he combines his training as a sociologist and as a business economist to identify opportunities at the intersection of demographic, economic, and technological developments.

Below, Mauro shares 5 key insights from his new book, 2030: How Today’s Biggest Trends Will Collide and Reshape the Future of Everything. Download the Next Big Idea App to enjoy more audio “Book Bites,” plus Ideas of the Day, ad-free podcast episodes, and more.

Next Big Idea Club · 2030: How Today’s Biggest Trends Will Collide and Reshape the Future of Everything

1. If you want to anticipate the future, follow the babies.

People are having fewer babies, for many different reasons. Many families have moved from small villages to cities, so they don’t need labor for the family farm. Women want to pursue their dreams in the labor market, and careers in general have become more important for most people. We’re also having fewer babies because technology seems to be distracting us; new ways of recreation (like video games) stand in the way of procreation. In addition, India, with its young population, will become the largest consumer market in the world by 2040 or so. Lastly, by 2030, more than half of Americans below the age of 40 will be what today we call “minorities.”

As fertility declines, the population above age 60 grows in proportion to the total. Also, life expectancy is growing; your generation will live, on average, five to eight years longer than your parents’ generation. By 2030, there will be more grandparents than grandchildren in East Asia, Europe, and North America. Moreover, the 60+ crowd will be the largest segment of the market, and brands will have to adapt. Finally, senior citizens own 80% of the net worth in the United States, so both politics and the economy will be transformed as population aging progresses.

“If we want to tackle climate change, we need to persuade the new middle classes to be less wasteful and more environmentally conscious.”

3. Women will rule the economy and politics.

By 2030, more than half of American households will have a woman who makes more money than the man; today, the proportion already is 40%. Also by 2030, women will own more than half of the world’s wealth. Since women are more likely to push for better healthcare and education, their growing power will transform the economy and politics. But as more women work outside the household, their life expectancy will not increase as quickly, as they become exposed to more stress and may adopt unhealthy habits to cope. When it comes to the financial markets, research shows that women tend to take fewer risks in managing their money, so we may soon have more investors with a lower risk profile.

4. If you want to arrest climate change, fix the cities.

While American and European middle classes are stagnant, those in Asia are growing and getting richer. This means trouble for the environment; cities account for 1% of the land, 55% of the population, and a whopping 80% of carbon emissions. So if we want to tackle climate change, we need to persuade the new middle classes to be less wasteful and more environmentally conscious. We also need our own middle class to change its habits, as we waste 30% of our food, clothing, and other consumer goods. If by 2030 we have not revolutionized our consumption behavior, we may reach the point of no return.

5. Digital tokens can save us from oblivion.

For cryptocurrencies to prosper, they need to be much more than a mere substitute for legal tender. Digital tokens that include but are not limited to currency are the solution. They can be programmed to encourage pro-environmental behavior, track the provenance of the products we purchase, and much more. Consider: The government could give citizens some digital tokens every year, which are convertible into actual money. Good behavior on our part would result in more tokens—for instance, when purchasing a piece of clothing that generates fewer carbon emissions. By 2030, more countries will follow in the wake of Estonia and Ghana, which are farther along in the use of digital tokens than any other country in the world.