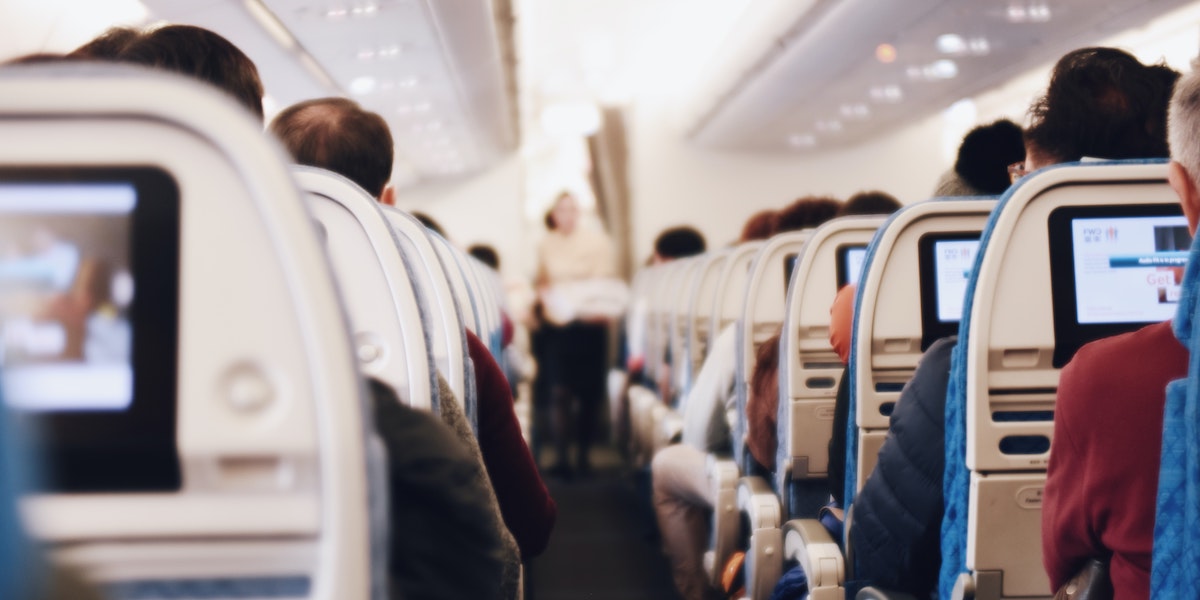 Ownership is simple, right? Something is either yours or it isn’t. Case closed. But who owns the space behind your airplane seat, the results of the DNA you took online, the Netflix password you got from your cousin’s roommate? The jury’s still out, according to law professors Michael Heller and James Salzman. That’s because ownership isn’t binary or static—it’s a storytelling exercise, and we rely on just six stories to claim everything we own.

In this conversation with host Rufus Griscom, Michael and James join the Next Big Idea podcast to explain how those stories work, how you can use them to your advantage, and why they might be key to dismantling income inequality and arresting climate change. Listen to the full episode below, or read a few of Michael and James’ most remarkable insights.

Who owns the space behind your airplane seat?

James Salzman: When we ask audiences whether they have the right to recline or a right to defend their knees, the split is almost 50/50. And what’s fascinating is that both sides feel so in the right. And that’s what we mean when we say that ownership is a storytelling battle. The person who wants to recline is saying, “I own the wedge of space behind my seat because the recline button is physically attached to my armrest.” The person who wants to defend her knees is saying, “No, I possess that wedge of space with my knees.” Our point is that there’s no correct, natural answer for who owns what. It comes down to which story wins out.

Of course, the real story is that it’s the airline that has created this problem in the first place—they’re shrinking the distance between the seats. When I grew up, no one cared about reclining seats. But since then, the space between seats has gotten smaller. And we use a tray table differently; now it’s valuable because we use it for laptops and for watching movies and such. So the space is more valuable and there’s less of it, so we fight over it. The airlines are pushing the fight onto us.

The matter of airplane seat space is no different from the debate over who owns your internet clickstream.

Michael Heller: The real value on the internet is what’s called your clickstream. It’s the record of your likes and looks. It’s the reason why, if you buy a plane ticket to Chicago for the weekend, everywhere you go on the internet, you see ads for Chicago restaurants and hotels. Everywhere you go online, people are tracking you, and they’re selling that data to advertisers. That targeted advertising, based on your clickstream, is worth hundreds of billions of dollars. So it’s a new and very valuable resource, but who owns it is ambiguous. So Facebook and Google are doing what people always do in the face of a new unclaimed resource, whether it’s gold in the American West or the race to claim resources on the moon. They’re staking their claim, and the way they’re doing it is by using the attachment story.

“Each of these stories is deeply rooted in our psychology, in our genetics, in our society and culture. But in each of those stories, we can also push back.”

They’re saying that just like the recline button attaches to your seat, your clickstream attaches to their apps. It seems as natural that Facebook would own your data as it seems to you that you should be able to lean back in your seat because the button allows you to do so.

That’s the power of “mine.” Each of these stories is deeply rooted in our psychology, in our genetics, in our society and culture. But in each of those stories, we can also push back. We can say, “No, my clickstream comes from my body.” That’s self-ownership. We can say, “No, I had it first.” That’s the “first in time” story. So the key to having those discussions is to realize that you are in the middle of an ownership battle for the fate of your online life, the fate of your most intimate information. It isn’t natural or a given that Facebook will own it. Ownership is always up for grabs.

New forms of ownership can save lives.

James Salzman: A lot of smart people have looked at fisheries over the years, and it took someone in Iceland to suddenly say, “Wait a minute! We can actually own fish differently.” This person in Iceland came up with this inspired idea for what became known as catch shares. The idea was that instead of allocating fish on a first-come, first-served basis, you took the season’s catch, divided it up into individual allowances, and gave those allowances to various boats. Those boats may have allowances for five or 10 tons of halibut or king crab or whatever, and they have the whole season to catch that much fish. So when the weather is bad, they stay in port. When the prices are low, they stay in port. This was a huge win for fishing vessels; it made their work much safer and much more profitable.

Being first is an opinion, not a fact.

Michael Heller: Every piece of land in America goes back to some conquest, to some dispossession, to someone who said, “This is mine,” and somebody else who had a different story.

“What NFTs do is bring together the absolute worst of art and the worst of blockchain.”

In many parts of the country, it was Western settlers who were disputing the story of ownership that Native Americans had based on being there first. Part of our message is that there is no natural, correct historical understanding even of the term first. This is one of the challenges that we have with our law students—they think of the word first as having some empirical reality. But what we try to get across to them is that who’s first is, itself, a choice. It is a set of value choices about who we are going to allow to count as first, and what kinds of activities count as first.

Be wary of NFTs.

Michael Heller: I’m skeptical of NFTs’ usefulness. A Bitcoin, for example, is a fungible token; each Bitcoin is like every other. Bitcoin is trying to mimic money. A non-fungible token is meant to be a unique identifier that can identify anything digital. Take the Mona Lisa—there’s one original Mona Lisa that somebody owns, and then there’s a bunch of postcards and posters that hang in dorm rooms. But the thing for online art is that every online image is identical to every other, down to the last pixel. It’s a string of ones and zeros that can be perfectly copied.

If every digital piece of art is exactly the same as its copy, how do you know which is the original? And the answer is that you don’t. So one of the really lovely things about the online art world in the last generation is that it’s been one of our more democratic and open and appealing forms of new media.

NFTs impose the world of speculation and financialization onto that democratic medium of online art. My view of NFTs—my skepticism—is that what NFTs do is bring together the absolute worst of art and the worst of blockchain. (NFTs operate on a technology called blockchain that provides that unique string of ones and zeros.) The downside for art is that NFTs introduce an artificial and somewhat ruthless speculative frenzy into online art-making. And for blockchain, NFTs are enormously energy-consuming. It’s hard even to fathom how much electricity gets burned to create and manage NFTs. So I view it as a step backward for art and blockchain.