An Afro-Indigenous History of the United States 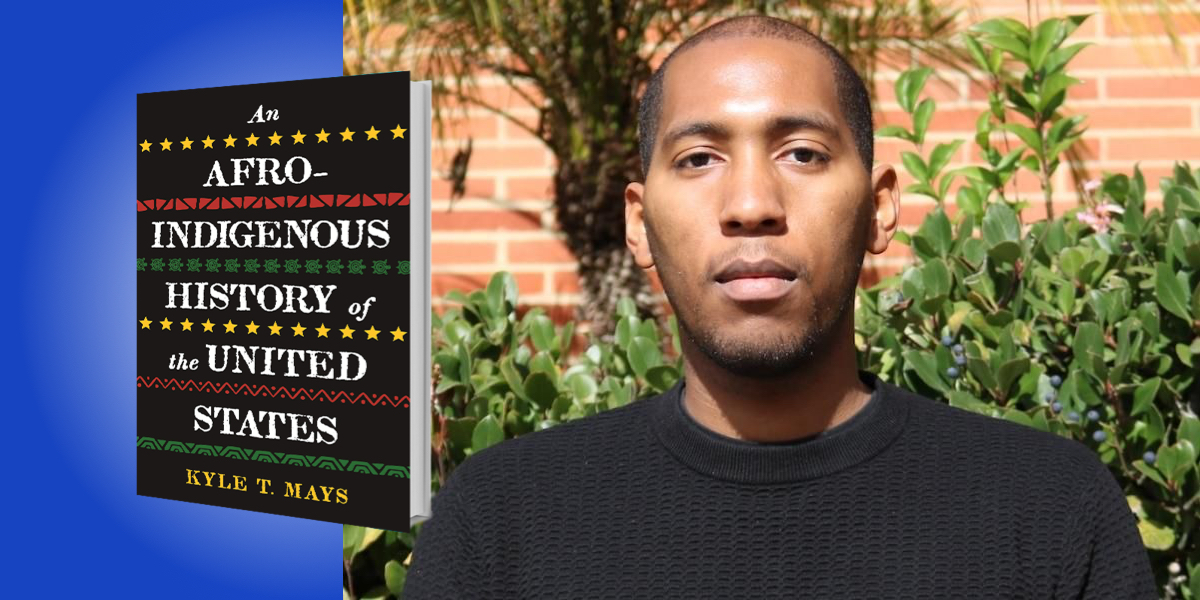 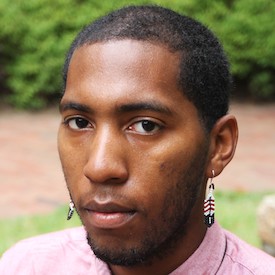 Kyle Mays is an Assistant Professor of African American Studies, American Indian Studies, and History at University of California, Los Angeles. He is a transdisciplinary scholar, having written books about the intersection of urban history, Afro-Indigenous studies, and pop culture. He is African American and Saginaw Chippewa.

Below, Kyle shares 5 key insights from his new book, An Afro-Indigenous History of the United States. Listen to the audio version—read by Kyle himself—in the Next Big Idea App.

1. Africans kidnapped from the continent were Indigenous peoples.

When we think of Africans arriving on the shores of what became the United States, we see them through the lens of their bondage beginning in the 16th century. We see them as African. As a result, we tend to assume that whatever identity they had, because of the Middle Passage, was ripped away, never to exist again. They were no longer Indigenous. But what if we remembered that those Africans forced to come to the British colony of Virginia were, actually, Indigenous people? How would that help us think differently about early Atlantic encounters between Indigenous peoples from the African continent and those in North America?

How did they cope with their new condition in a new place? We can only answer this question with limited historical data. I don’t mean to suggest that people of African descent are the First Peoples of this land; that is erasure, and a form of anti-Indigenous rhetoric that some African Americans perpetuate. I am interested in acknowledging the history of enslaved Africans, and asserting their humanity in its fullest.

Considering the trauma of enslavement, we uncritically assign the mark of enslavement to African peoples. We forget or minimize that these people carried with them their language, cultures, histories, and relationships. In rethinking how we view Afro-Indigenous history in the United States, we first need to recall that Africans forced to come to this country did not racialize themselves as Black in their homelands; they had their own indigenous roots and tribal beliefs. They were Indigenous.

“Africans forced to come to this country did not racialize themselves as Black in their homelands; they had their own indigenous roots and tribal beliefs.”

2. The foundations of the United States were built on the dispossession of Indigenous peoples and the exploitation of people of African descent.

In much of U.S. society, we collectively consider the “original sin” of the nation to be the enslavement of millions of Africans. As a result, anti-Black racism is a foundational part of debates around citizenship, rights, and relations in this country.

However, we too easily erase the experiences of Indigenous nations. The genocide and land theft committed against Indigenous peoples and the subsequent erasure of them in mainstream debates around rights and justice demonstrates how easily society ignores their plight. Without the dispossession of Indigenous peoples coupled with the enslavement and exploitation of millions of Africans, the United States would not have built its wealth.

3. Anti-Black racism and the erasure of Indigenous peoples is fundamental to U.S. society.

When we talk about racism, we too often focus exclusively on a Black and white binary. But anti-Blackness and anti-Native sentiment are equally fundamental to American racism, especially in popular culture. Anti-Indigenous racism has been a foundational ideology and practice in the creation of U.S. democracy. Through wars, genocide, land expropriation, violation of treaties, and the fact that many Americans know little to nothing about contemporary Indigenous life, we can see the profound impact that structural racism has had in shaping the thoughts and policies of non-Indigenous peoples.

A key feature of American culture is the misrepresentation of Native peoples. From mascots to Hollywood to rap music, denigrating representations exist everywhere. It is done by white people, Black people, and Latinx folks. Indeed, the persistent misrepresentation of living, breathing Native Americans in popular culture explains why many people desire to have accurate and three-dimensional characters portrayed in film and television, without buckskin and headdresses.

From the Boston Tea Party when American colonists dressed up as Mohawk Indigenous peoples, to the 19th century when white Americans performed minstrel shows, up until the present use of Native American mascots and blackface—dealing with racism requires that we better understand the history of anti-Black and anti-Indigenous racism.

4. Indigenous histories, cultures, and present circumstances should be taught in every K-12 school and higher education.

The idea of the “vanishing Indian” has been an essential mechanism in the development of U.S. democracy. It was about creating notions of civilized and uncivilized, and fictional boundaries of who has the right to full citizenship and who does not. Indeed, even civil and human rights activist Martin Luther King Jr. understood that the foundations of structural bigotry were rooted in Europeans’ decimation of Indigenous peoples. King wrote in Why We Can’t Wait, “Our nation was born in genocide when it embraced the doctrine that the original American, the Indians, was an inferior race. Even before there were large numbers of Negroes on our shores, the scar of racial hatred had already disfigured colonial society.”

King correctly asserted that “our literature, our films, our drama, our folklore exalt” the bigotry experienced by Indigenous peoples within popular culture. King describes here what historian Philip Deloria has labeled “playing Indian”—a phenomenon in which white Americans have performed or dressed up as Indigenous peoples at different stages in U.S. history. They played Indian to construct themselves as white and as a democracy, similar to how they constructed their notion of belonging through Black Americans by using blackface.

“The United States owes the descendants of enslaved Africans between 15 and 21 trillion dollars for the lost wages during the period of enslavement.”

We have to confront the ugly history of our nation, and to move forward as a country that respects the humanity of Indigenous peoples, everyone must be taught about the experiences of Indigenous nations. Moreover, each state should spend Native American Heritage Month educating its citizens about the history and current state of their Indigenous populations. This might be an initial step to repairing the damage caused to Indigenous nations by the U.S.

5. We can’t have a discussion about reparations without returning stolen land to Indigenous peoples.

Generally, debates on reparations center on compensating the descendants of enslaved Africans for their exploited labor during the brutal period of enslavement and the ensuing forms of racial discrimination (such as Jim Crow segregation) that inhibited Black people from accumulating wealth. Black people deserve reparations. According to William Darity and Kirsten Mullen’s From Here to Equality, the United States owes the descendants of enslaved Africans between 15 and 21 trillion dollars for the lost wages during the period of enslavement.

However, to have an expansive conversation about repair and recompense, returning land to Indigenous peoples—the original stewards—amidst a major climate crisis, is not only the ethical thing to do, but is an essential part of striving to be a nation that respects the sovereignty of Indigenous nations. If we imagine a world free of white supremacy, then we must collectively repair the relationship that Black and Indigenous peoples have with the United States.

In a related manner, the Indigenous Nations who enslaved Africans, including the Choctaw, Chickasaw, Creek, Cherokee, and Seminole nations (the “Five Tribes”) should apologize for the enslavement of their Afro-Indigenous kin, and offer them not only citizenship, but also compensation for their treatment of the Freedmen.

To listen to the audio version read by author Kyle T. Mays, download the Next Big Idea App today: