Anne Lamott on Why Perfection Is an Artist’s Greatest Enemy 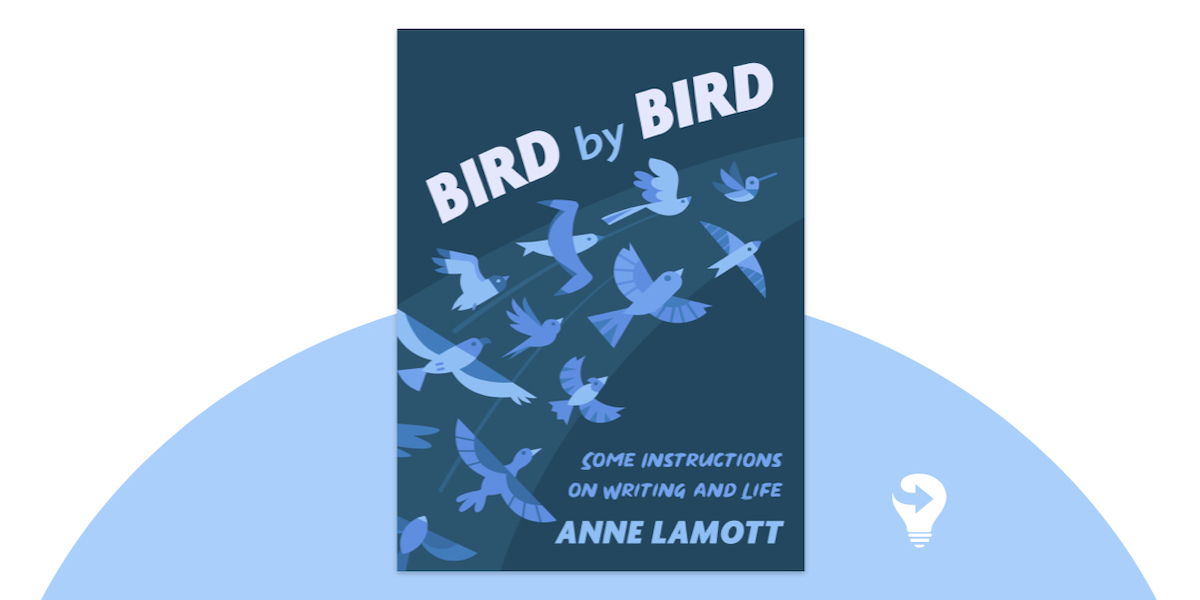 In our series of “Book Bite Classics,” we share five key insights from groundbreaking, beloved books that everyone should read. Below you’ll find one big idea from Guggenheim Fellow Anne Lamott’s Bird by Bird: Some Instructions on Writing and Life—and to read or listen to the remaining four, download the Next Big Idea App today.

Big Idea: Don’t let the perfect be the enemy of the good.

Many of the world’s most successful and high-achieving people are perfectionists. That’s natural: perfectionism is a powerful driving force that can inspire people to reach for their goals and do great things in the process. But perfectionism isn’t all good—far from it.

Often, perfectionism ceases to be a source of motivation and instead becomes a stifling, stultifying force. Why? Because perfection isn’t possible. There’s no such thing as “perfect,” so seeking that specific goal is nearly always going to be a hopeless endeavor.

In the modern classic Bird by Bird: Some Instructions on Writing and Life, Anne Lamott urges rejecting perfectionism in favor of productivity. Acknowledging that many writers are self-critical and perfection-seeking, she encourages them to embrace bad first drafts, to find inspiration in mess, and to know when to put the pencil down.

Lamott goes so far as to say perfection is an artist’s greatest enemy. In fact, unbridled perfectionism can be the enemy of all kinds of innovation and productivity. A 2010 study of Canadian psychology professors found that, contrary to popular ideas of perfectionism as an adaptive driving force, professors who demonstrated the greatest degree of self-oriented perfectionism actually had fewer publications and citations than their peers.

Lamott particularly focuses on the havoc that perfectionism can wreak on two major phases of a project: the beginning and the end. To overcome the paralysis that perfectionism can provoke at the start of a project, Lamott suggests expecting and even embracing “bad first drafts.” In spite of the widespread belief that great writers and other successful people create perfect products on their first try, Lamott reassures her readers that everyone starts out by creating something that’s a mere shadow of what it can one day become.

Perfectionism can also threaten the end of a project, when it’s time to put a product out into the world. The perfectionist mindset can convince you to just do one more round of edits, just make a few more tweaks…until you’re suddenly convinced you need to redo the entire thing. Lamott advocates for making peace with a good-enough version of your work rather than letting the perfect get in the way of the done.

To read or listen to the rest of this Book Bite, download the Next Big Idea App today: