The Art of Fairness: The Power of Decency in a World Turned Mean 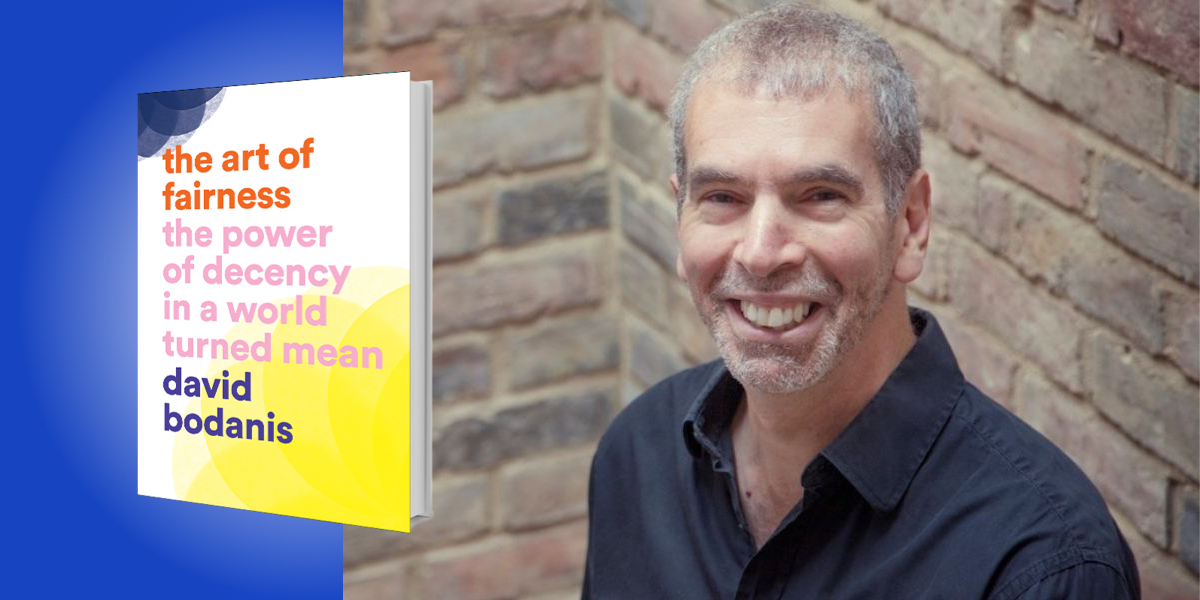 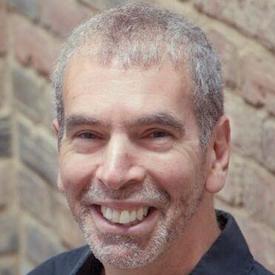 David Bodanis is a social sciences lecturer at Oxford University, and has worked with the scenario unit at Shell Oil, but mostly he’s a writer. His books include the New York Times-bestselling The Secret House, the bestselling E=mc², which was adapted into the PBS documentary Einstein’s Big Idea, and the Royal Society Science Book of the Year Prize winner Electric Universe.

His newest book, The Art of Fairness: The Power of Decency in a World Turned Mean, is about the age-old question: Can you succeed without being a terrible person? Too-nice guys finish last, because everyone will step over them. But does that mean you have to go to the other extreme, and be a total jerk, to get what you want? Bodanis offers a middle way that is firm but fair, as shown in the 5 key insights he shares below. Listen to the audio version—read by David himself—in the Next Big Idea App.

In 1989, an accident occurred on a United Airlines passenger jet flying from Denver to Chicago. An hour into the flight, 30,000 feet up, one of the engines exploded. All the steering controls locked tight. The pilot, Al Haynes, found his plane was slowly going lower and lower, yet he couldn’t turn to aim at any airport.

What was he to do? He’d never had any training for this. Even when he and his co-pilot tugged on the controls as hard as they could, they couldn’t turn the plane.

First of all, he had to be big enough to recognize he needed help, but if he responded to all the voices pouring in, then there’d be chaos. He was hearing from air traffic control, his co-pilot, the flight attendants, United’s engineering center—everyone had different suggestions.

The solution is obvious when you say it, but very hard to do under stress. He kept on flying the plane—that’s crucial. Meanwhile, he pulled in the most useful voices, putting his ego aside enough to listen carefully. Only then did he start making key decisions.

There was a way to steer by powering up engines on one side, and then the other, even while the plane was steadily tilting downward. And… he made it! There was a heavy landing at Sioux City, Iowa, in which a number of people died, but most made it.

It’s 2012 in London, and the movie director Danny Boyle has a big problem. He’s been preparing the opening ceremonies for the Olympics that summer, and in his main rehearsals he’s been using over 10,000 volunteers. There are dancers and musicians and lighting specialists and animators and all the rest.

That’s not what’s hard. He’s a great director—he won an Oscar for Slumdog Millionaire. But he wants to keep everything a secret, just like in a new product launch.

“Instead of fixating on Olympic officials as the enemy, Danny Boyle opened himself to what Sebastian Coe could offer.”

Now, the Olympic Committee has a standard way of dealing with this: Make everyone sign harsh non-disclosure agreements, and confiscate their phones. But Boyle thought that would crush all creativity. So how to keep the secret? It was easy for everyone on his team to scorn the “suits” from the Olympic Committee. But was that really wise?

The head of the London organizing committee was the ex-Olympic gold medalist Sebastian Coe. Instead of fixating on Olympic officials as the enemy, Danny Boyle opened himself to what Sebastian Coe could offer.

Coe said, “Stop telling everyone that there is a secret. A ‘secret’ is something that’s pushing to come out. Instead, tell everyone to ‘save the surprise.’” That’s a wholly different view. Who doesn’t want to keep a surprise?

Danny Boyle put up huge signs that read #SaveTheSurprise all around rehearsal spaces. When the great day came, and the Olympic opening ceremonies went live to an audience of hundreds of millions around the world, the surprise for Boyle’s great opening program was complete. Out of all his thousands of volunteers, not a single one had leaked a word.

This is about mixing generosity with good old-fashioned street-smarts. If you’re not generous—if you’re constantly grab-what-you-can—clearly no one’s going to go out of their way to help you. You’ll be lucky if you get anything more than resentment.

“You can gain a lot by being generous, but don’t forget to watch for those who are tempted to come along for a free ride.”

But, if all you do is give, you might get gratitude from some people, but there will be plenty of others who will simply take advantage of you.

The way the Empire State Building was constructed shows how to get the best of both worlds. For decades, it was the tallest building on the planet, yet it was finished in only 13 months. Other skyscrapers in New York at the time took a lot longer.

What the contractors did was offer really high salaries, and excellent working conditions—there were even subsidized restaurants every few floors as the building went up. Most workers responded well, and they came up with all sorts of fresh ideas for moving materials around the site; they went the extra mile.

And to watch out for freeloaders, the contractors sent teams of auditors clambering through the construction every day—not being rude or bossy, but just to check that everyone was where they said they’d be.

It’s a great principle. You can gain a lot by being generous, but don’t forget to watch for those who are tempted to come along for a free ride.

Many have heard of the British sea captain William Bligh. He was in command of the HMS Bounty, and his men mutinied against him in the South Pacific in 1789. His name has become a byword for iniquity, and there were two further mutinies against him on other ships later. It seems obvious that he must have been a cruel man.

“We’re happy when things go our way; we’re unhappy when they don’t. What we need is the right setting to keep us from going too far.”

But what’s amazing is that most of the time, he wasn’t like that at all. Most of his men, most of the time, were incredibly loyal to him. He designed ships with extra ventilation to keep his men healthy; he encouraged music and regular rests; on one voyage, when his men were getting soaked by huge waves, he abandoned his own cabin so that they could dry out there.

It was only when he docked in Tahiti, and his men stopped taking care of the ship properly, that he began to see red, and started the flogging that drove them to mutiny. When he was thrown off the Bounty, he and several loyalists were in a small longboat, which he guided several thousand miles to safety. There too, when everything was fine, he was the kindest of men, joining along in singing and games. Only when they thwarted his will did he switch and become furious, prompting another mini-mutiny.

Basically, Bligh was like all of us. We’re happy when things go our way; we’re unhappy when they don’t. What we need is the right setting to keep us from going too far. Alone, on his ships in the South Pacific, Bligh was master of his world… and that lack of external controls, of social safety rails, became a problem.

I looked up where the phrase “nice guys finish last” comes from. It was coined by the baseball manager Leo Durocher in the mid-20th century, and to him it seemed to make sense. He’d only been average in his playing days, but by intimidating his opponents—cheating where he could, sliding into base with his spikes up—he’d managed to keep up with much stronger players. “I’d knock over my grandmother if she was blocking second base,” he liked to say.

“The man who’d mocked nice guys for finishing last now tumbled down to finish, if not quite last, then far from the division pennant his players would otherwise have achieved.”

This only took him so far. The peak of his career was managing a powerful Chicago Cubs team in 1969. Yet he was so brutal toward his players that (at least) one grabbed him by the throat and threatened to kill him. He was so vituperative toward the umpires that, as one sportswriter put it, “whether or not Leo ever united the Cubs against the umpires, he certainly united the umpires against the Cubs.”

His team fell into a record-setting losing streak. The man who’d mocked nice guys for finishing last now tumbled down to finish, if not quite last, then far from the division pennant his players would otherwise have achieved. The team he lost to, the New York Mets, was coached by Gil Hodges: a tough WWII veteran, but always fair and decent to his men.

No one went the extra mile to help Durocher, but everyone on the Mets team played at the peak of their ability for Hodges. That’s what happens with all the positive characters in my book—they’re not naïve. They’re street-smart and know to defend themselves, but by never going too far, they constantly get support. It’s a great way to get ahead.

To listen to the audio version read by author David Bodanis, download the Next Big Idea App today: