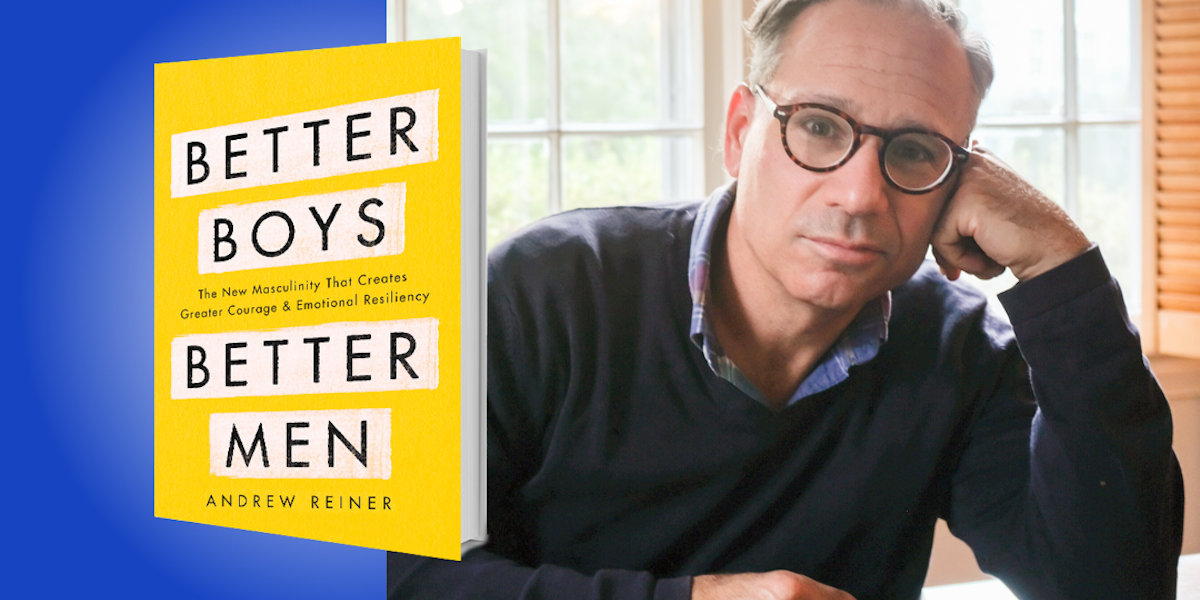 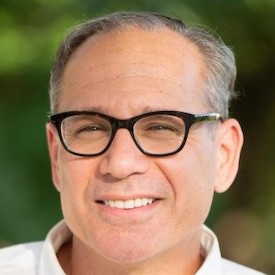 Andrew Reiner is a professor at Towson University, where he teaches the “Changing Face of Masculinity” seminar. He has written on men’s issues for the New York Times, the Washington Post Magazine, the Chronicle of Higher Education, and the Chicago Tribune, among other publications. He speaks about masculinity regularly at schools and conferences nationally and internationally.

1. Sharing emotions is tough for men, but it’s critical for their health.

Boys and men are enmeshed in global epidemics of despair, loneliness, depression, and suicide, which ultimately affects us all. All of these problems can be remedied if boys and men learn greater emotional resiliency. Paul was a good example of this; the middle-aged lawyer was like many men who become divorced—he drank too much, he tried to “tough it out,” and he shared only a few carefully curated struggles with guy friends. But he never shared his deeper emotional struggles. One night, when he was drunk, desperately sad, and lonely, he couldn’t take it anymore. Paul needed touch from another human like never before—but there was no one in his life he felt safe doing this with. So, he hugged a vertical wooden beam in his apartment. “It was so damn pathetic,” he told me, “yet so damned necessary.” That was the beginning of his healing. After that night, Paul sought out a therapist and started having lunch with a new work friend. Through their conversations, he learned to talk about the things that mattered most—his deeper emotional life. It was hard making these first steps, as it is for most men. But he has started a hero’s journey that has literally saved his life, a journey that has made him far more resilient.

The world we live in today isn’t the same one our grandfathers, uncles, and even many of our fathers lived in. We live in a time when skills such as empathy, collaboration, and good communication are necessary to succeed in school and in the workplace. But for the most part, we aren’t teaching boys these skills, at devastating cost to themselves and to the rest of us. When Taylor, one of my students, was bullied by his teammates, he internalized all of it, then became deeply depressed, and eventually suicidal. Luckily, a classmate befriended Taylor and taught him something that changed his life. Every weekend, a bunch of boys met in this new friend’s basement and passed around a TV remote control. They pretended it was a microphone, and they talked about the difficulties and struggles in their lives. Most importantly, they shared the feelings beneath their struggles. From there, Taylor sought out male mentors who taught him to meet his depression head on. He became happier, more confident, and more resilient.

“If men could learn to support one another, it would throw a wrench in the global epidemics of despair, loneliness, depression, and suicide they face.”

“Boys don’t cry.” “Be a man!” What we say—and don’t say—to boys teaches them to think of themselves as non-emotional beings. It teaches them to distrust and fear their deeper emotional lives. More and more research is now showing the importance of talking to children with emotionally intelligent language, beginning in infancy. Boys who are denied the language that teaches them the full range of their humanity grow into men who cannot access, process, and articulate essential parts of their being. It creates men who struggle at jobs, in marriages, as fathers, and as citizens because they have been taught to swallow back the entirety of their humanity.

4. Men and women are not from different planets.

Contrary to what many people believe, men are not from Mars and women are not from Venus. The idea that male and female brains are drastically different is an exaggeration, and often a harmful one that makes it seem “natural” for men to pursue certain career paths, while women pursue others. But as shown by current neuroscience—and by the many men thriving in nursing, teaching, and other traditionally “female” careers—the truth is much richer.

5. Men need to support one another.

It’s not unusual for men to turn to one other for simple advice. They often do so during shared activities like playing poker or watching sports over a beer—activities that provide a convenient buffer between themselves and real emotional honesty. But it’s much rarer for men to turn to other men for true emotional support. For that they typically turn to female friends, girlfriends, or wives. This is because the way boys and men are taught to form friendships with each other creates a subtle but inherent distrust among guys of all ages. It prevents them from feeling safe asking their male friends for emotional support. But if men could learn to support one another, it would throw a wrench in the global epidemics of despair, loneliness, depression, and suicide they face.