The Elephant and the Mouse: Moving Beyond the Illusion of Inclusion to Create a Truly Diverse and Equitable Workplace 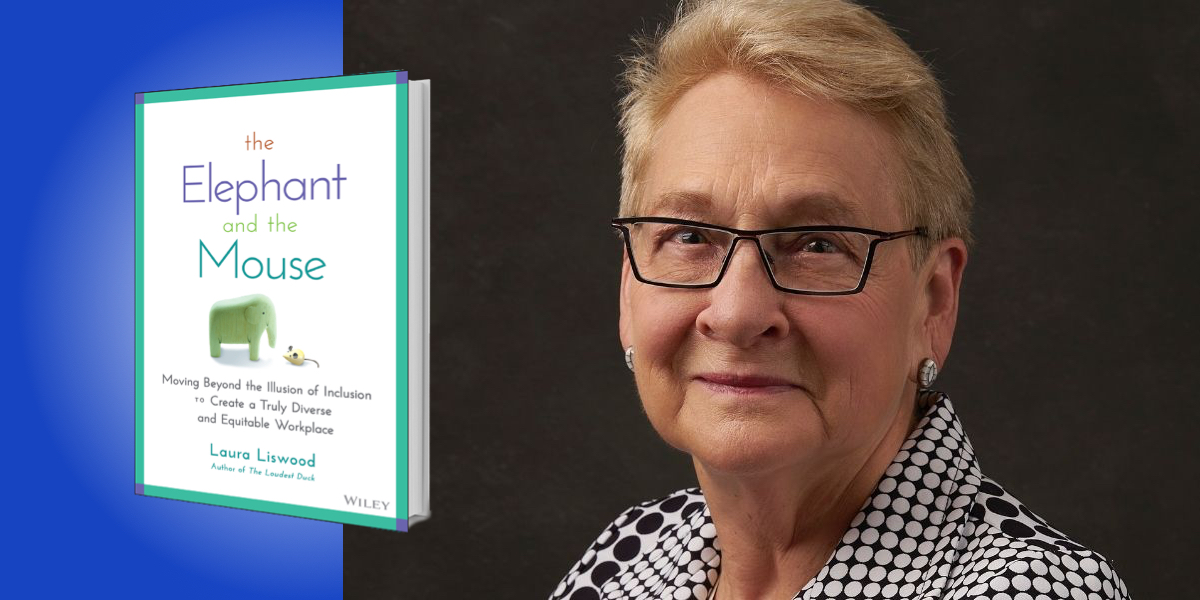 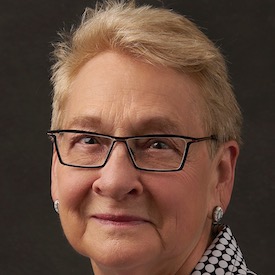 Laura Liswood is co-founder and Secretary General of the Council of Women World Leaders, which is the only organization in the world dedicated to women heads of state and government. She has spent her career investigating what it takes for a woman to achieve and thrive in top leadership positions, as well as supporting the professional advancement of women everywhere through education and encouraging cultural change. She also has experience as an executive-level consultant to Fortune 500 countries.

Below, Laura shares 5 key insights from her new book, The Elephant and the Mouse: Moving Beyond the Illusion of Inclusion to Create a Truly Diverse and Equitable Workplace. Listen to the audio version—read by Laura herself—in the Next Big Idea App.

1. The Elephant and the Mouse.

When I asked him why, his response was simple: it was a matter of survival. Historically underrepresented groups must know about the majority group, such as how they think, behave, punish, reward, include, and exclude. The historically out of power see all around them, in the fabric of their surroundings (be it movies, textbooks, political podiums), those who have been historically in power. To succeed means to learn the ways of the dominant groups’ world.

The same could be said about small and large countries. Almost everyone in the world knows who the President of the U.S. is, but how many in the U.S. know that the Prime Minister of Iceland is Katrin Jakobsdottir? The best Elephant and Mouse leader, in a diverse world, understands the need to learn more about the other, particularly if they truly want to embrace inclusivity. If there is no curiosity and discovery about the other, there is an imbalance.

“Historically underrepresented groups must know about the majority group, such as how they think, behave, punish, reward, include, and exclude.”

2. The illusion of inclusion.

All of the programs and earnest efforts to ensure diversity, inclusion, and equity are necessary, but not sufficient. The recruiting blitzes, employee resource groups, supplier diversity commitments, charitable gifts to minority colleges, work flexibility, family leave, mentorship initiatives, messages in the annual report, and leadership speeches are all on the menu. What we absolutely require in addition is to look at the unconscious biases we, ourselves, bring to work.

Two examples of unconscious archetypes are the hero and the rescue. The hero’s journey is about a young man who overcomes great odds and defeats the evil empire. At first, it looks like he is going to lose, but he wins, often earning the kingdom, a pot of gold, and the hand of the fairest maiden. This is a great myth for leadership—unlike the countervailing archetype of the rescue, which usually features a woman or girl. Think Cinderella, who is cleaning the fireplace and talking to mice. She gets rescued from her plight by the prince, as is the case in many princess myths. We need to become more aware of what creates our unconscious beliefs, and understand how they affect what we think people are capable of.

Another myth is the illusion of inclusion. Diversity programs make us feel like our organization is fair, according to Cheryl Kaiser of the University of Washington. Intentions are obviously well-meaning, and thus we think we give everyone equal opportunity. Intent and impact are not the same, however, nor does effort translate to outcome. We delude ourselves rather than challenge the underlying assumptions that these programs equate to fairness.

Joining the illusion of inclusion is the myth of meritocracy. Most organizations believe they are meritocratic, meaning that everyone gets a fair shot, and that it is personal failings that cause some to succeed and others not. I’ve never met anyone who said, “I got to the top because I was subtly advantaged.” There are many gatekeepers advantaging selectively by assuming competence for some until they show incompetence, meanwhile assuming incompetence for others until they prove competence.

Everywhere we look, emphasis is given to diversity in the workplace—on the movie screen, television, in government, and our everyday lives. The business case for diversity includes the benefit of fitting in with the places we live, and the demographics of society are shifting toward more minority groups in the population. There is also a growing emphasis that differing life experiences are important. Yet we still see examples where a slogan is not acceptable to large groups of people, and the company is shamed for insensitivity. You have to ask, who was at the table, and who felt free to react or speak when at the table?

Reputations of companies take years to build, but can be destroyed in seconds. A tone-deaf statement or misguided behavior can ignite social media and tear down all of the hard work that people and places have built over time. Diversity and inclusion are the right thing to do, but they are also the smart thing to do.

“Diversity and inclusion are the right thing to do, but they are also the smart thing to do.”

Remember The Wizard of Oz? Dorothy only completed her journey because she had help from the Lion, Tin Man, Scarecrow, and Glinda the good witch. Diversity and inclusion efforts only work if we each have our Oz companions with us. These modern-day Oz figures include the ally, active bystander (or upstander), wingman/wing person, and the independent observer. Each of them has a role to play, and anyone can play the role.

Let’s say you are in a meeting, and you watch someone get interrupted. Actively intervene and say, “Hold on John, let Mary finish.” Or you know a colleague who is quiet, and does not let people know how much she has accomplished. Be the wing person by mentioning how much she contributed to the effort. Suggest that someone sit in on a meeting to observe who talks, who doesn’t talk, whose ideas get credit, and whose don’t. These seemingly small interventions can go a long way to ensuring that everyone feels heard and included.

If you work for an airline, or in a dangerous job, the safety of the organization is paramount. We don’t want airplanes falling out of the sky, cars built with defects, or chemical plants exploding. Safety becomes job number one for everyone.

Mark Kaplan and Mason Donovan have emphasized that diversity has many parallels to safety initiatives. What makes for a zero-defect environment? Leadership and management have it constantly as a priority: everything gets measured and evaluated, the successes and failures are transparent, training is constant and required, everyone from the pilot to the custodian can call out problems, and all are held accountable and rewarded for their success.

Every element of a safety effort has its parallel in the mission of diversity and inclusion: goals, measures, accountability, leadership, responsibility, transparent results, constant awareness, and best practices. For anyone trying to figure out how to start, continue, and improve DEI efforts, look to how people achieve total quality and safety.

To listen to the audio version read by author Laura Liswood, download the Next Big Idea App today: