The Genome Odyssey: Medical Mysteries and the Incredible Quest to Solve Them 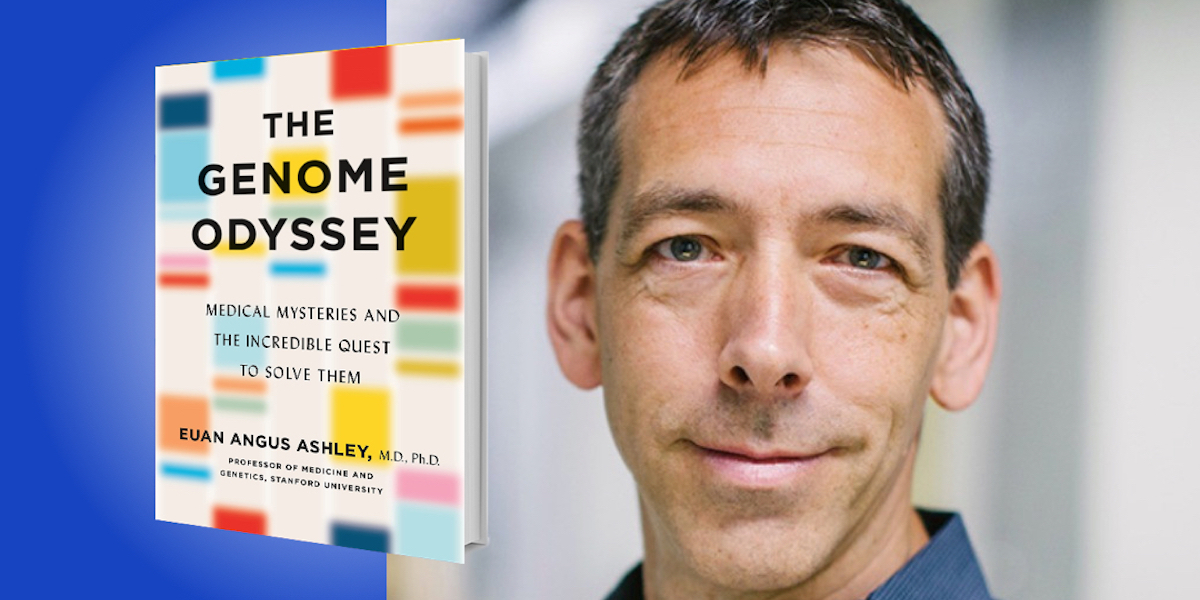 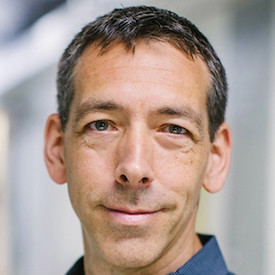 Euan Ashley is a Professor of Medicine and Genetics at Stanford University. He attended Oxford University, completing a PhD there before moving to Stanford University where he trained in cardiology. He joined the Stanford faculty, where he led the team that carried out the first medical interpretation of a human genome. He has been recognized by the Obama White House, and received the Medal of Honor from the American Heart Association.

Below, Euan shares 5 key insights from his new book, The Genome Odyssey: Medical Mysteries and the Incredible Quest to Solve Them (available now from Amazon). Listen to the audio version—read by Euan himself—in the Next Big Idea App.

1. We all have a secret code called a “genome.”

Inside you is a secret code that is unique to you. No one, not even your identical twin, has the same code, yet it also links you to every living organism on Earth. Your genome is six billion letters of DNA; it’s a long molecule that’s tightly wound into a right-handed double helix, wrapped around proteins, and compacted into the central vault of almost every cell in your body. If I took the genome out of each one of those cells and stretched it out in a straight line, it would reach to the Moon and back thousands of times.

That code is etched with the history of the human race, yet it can also tell stories of recent generations of your own family. If you could read and understand your genome, you could make a pretty good guess as to how tall you might be, your hair color, skin color, eye color, and whether you like to stay up late at night or get up early in the morning. Your genome could also estimate your risk of thousands of diseases.

“bringing the genome from a test of last resort to earlier in the medical journey could save 94 percent of medical costs.”

The first human genome ever to be sequenced was for the Human Genome Project, a 10-year, multibillion dollar enterprise. Since its completion in 2000, genome sequencing has dropped in price to under 500 dollars. To put that in perspective, if a Ferrari had dropped in price to the same degree, it would cost you one penny.

2. The human genome allows us to solve medical mysteries.

When we think of solving mysteries, our minds turn to characters like Sherlock Holmes. But few people realize that Arthur Conan Doyle based the character of Sherlock Holmes on a Scottish surgeon with a keenly observant eye. There are actually many parallels between solving crimes and solving medical mysteries: You inspect the scene, cross-examine any witnesses, and look for clues. Then you come up with a hypothesis, see if the evidence stacks up in its favor, and finally deduce the culprit of the crime.

In medicine’s hardest cases, however, examining the patient, searching for symptoms, and running tests provides the answer only for one out of every ten cases. Eight out of ten times, the answer comes from the genome. Finding the responsible genetic variant for a rare disease can provide an answer, and end the months or years a family has spent going from doctor to doctor, accumulating an increasing burden of emotional and financial hardship. In fact, our team showed that bringing the genome from a test of last resort to earlier in the medical journey could save 94 percent of medical costs. That’s good news for the millions of individuals who suffer from rare diseases.

“As we combine genomic information with individualized environmental risk, we will be better able to target preventive care, and hundreds of millions of people will benefit from more accurate, individualized medicine.”

Consider heart attacks—we have known for years that about half of the risk for heart attack is in your genes. So when we add genetic risk into the mix—along with blood pressure, cholesterol, smoking, and other factors—not surprisingly, we find that our prediction is significantly more accurate, allowing us to better target therapies known to reduce heart attacks. And what about the cost? Well, it’s ten times cheaper than fully sequencing the genome. We’re talking about a test that can estimate lifetime risk for heart disease, cancer, and dozens of other diseases for a one-off cost of less than 50 dollars. Medical devices will also be much more personal; your smartwatch will tune itself to detect the diseases you’re most at risk for. Perhaps you have a high genetic risk for Parkinson’s disease—your watch will take this into account as it analyzes your walking patterns. So in the future, as we combine genomic information with individualized environmental risk, we will be better able to target preventive care, and hundreds of millions of people will benefit from more accurate, individualized medicine.

4. Genetic superhumans walk among us.

Most people have a “bad” cholesterol, or LDL, above 100. But Charlene Tracy from Texas was walking around with an LDL of 40. The cause was a genetic mutation in her cholesterol management system; it was as if her body was constantly removing cholesterol from her bloodstream. Inspired by these findings and the very low heart attack rate in those found to carry these mutations, pharmaceutical companies set out to bottle this genetic superpower. And incredibly, they were able to do that in just a few years. Now that antibody is available as a medication that can be prescribed to everyone.

One of the advances that made this development possible was studying humans at a population scale. Imagine hundreds of thousands of people willing to share their medical and genetic data with the world, so that any qualified researcher anywhere can make potentially world-changing and life-saving discoveries. The United Kingdom Biobank is one of the most successful to date, leading to thousands of scientific papers. In the United States, President Obama’s Precision Medicine Initiative led to the formation of a study called All of Us, a bold attempt to recruit one million Americans from diverse ancestries and socioeconomic groups to share their medical and genetic information for the good of humanity. It is ahead of its own targets for recruitment.

“We urgently need a global biosurveillance task force, with the funding power and authority to map the most likely candidates for the next pandemic.”

5. Genome sequencing of SARS-CoV-2 was the most important scientific tool in fighting the pandemic.

On January 10th, 2020, the Chinese Health Authority released the genome sequence of a new coronavirus that appeared to be causing an outbreak of severe pneumonia. With a genome of only 30,000 letters, SARS-CoV-2 is small in comparison to the human genome, which has six billion letters. That intimate knowledge of the novel coronavirus has been the key to ending the pandemic. Within hours of that sequence being released, clinical laboratories across the world had designed genetic tests for the coronavirus, allowing infected individuals to be identified and outbreaks to be found. Indeed, sequencing nasal swabs allowed close to real-time monitoring of the pandemic, creating a world map of its spread. It has also been key to understanding the evolution of the virus as new viral variants emerge. Sequences allow us to count the number of virus genomes in wastewater, and predict more than a week in advance whether a spike in cases is on its way in the local population. Most important of all, the virus genome provides the key to the exit door of the pandemic through vaccines. While vaccine development based on inactivating a live virus has typically taken five to ten years, vaccines based on the genome of the virus were designed just a few days after the genome sequence became available. Every leading vaccine has been shown to be 100 percent effective at preventing severe disease and hospitalization in the major trials to date, and some were 95 percent effective at reducing any symptoms at all associated with disease. In a year when many people expressed disappointment in their governments, scientists stepped up and showed the world a way out.

So how do we prepare for the next big one? We urgently need a global biosurveillance task force, with the funding power and authority to map the most likely candidates for the next pandemic. Remember, over the last ten years, many predicted that we would face a global pandemic from a respiratory virus, likely a coronavirus from a bat reservoir. We knew this was coming. So with global coordination, we could sequence and prepare genomic vaccines for each of these threats in advance, even testing them in animal models. We could make open-access technology for home-based rapid saliva testing, so we could immediately deploy millions of test kits. In the case of an outbreak, we could make sure there were national standards of protective equipment, and have supply chain processes in place to expand production rapidly. Background genomic surveillance in hospitals and via community resources like wastewater would be implemented in a globally coordinated early warning system. And when a threat arises, as it inevitably will, this task force would use global communication channels to shut down the pandemic at its source. Daily rapid testing would mean no lockdowns would be required, and vaccines would be moved rapidly from freezers to arms. This is a future that genomic technology has already brought to our door—now we just need to embrace it.

To listen to the audio version read by Euan, download the Next Big Idea App today: