How to Get Out of “High” Conflict and into “Good” Conflict 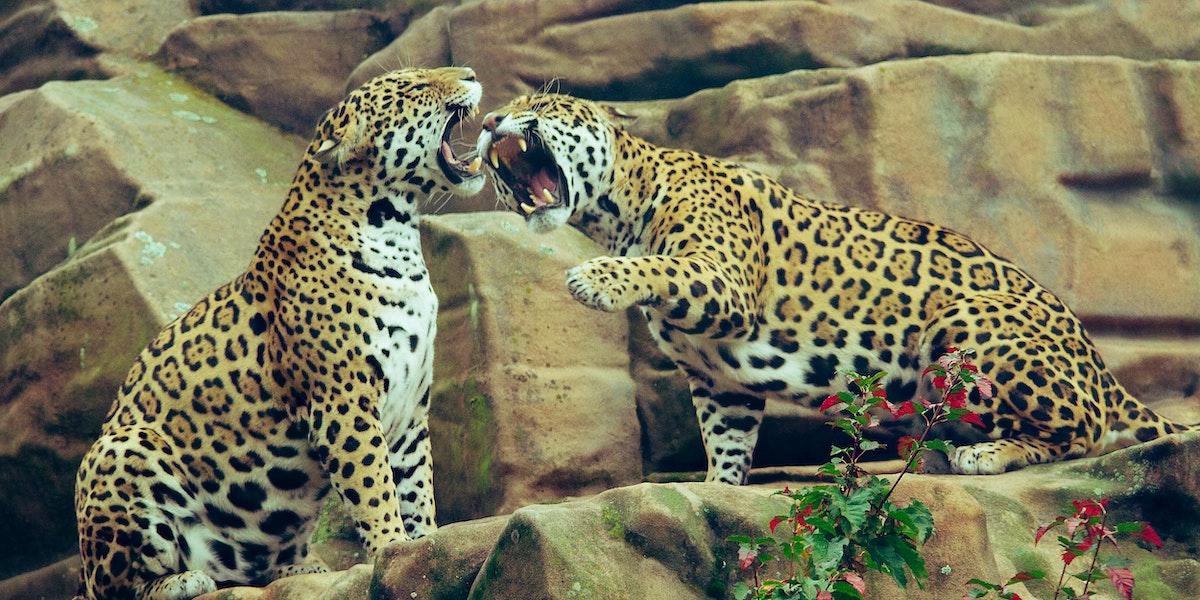 Have you ever lain awake at night obsessing over a conflict with a colleague or a relative or a politician you’ve never met? If you have, you were probably experiencing what journalist Amanda Ripley calls “high conflict.” If good conflict is the kind of friction that is serious and intense but ultimately leads somewhere useful, then high conflict is the kind of friction that only gives you rope burn. It’s bitter, all-consuming, unproductive—and worst of all, once you find yourself embroiled in high conflict, it’s almost impossible to get out.

Luckily, Amanda has been studying the techniques you can use to break free. And in this episode of the Next Big Idea podcast, she shares what she’s learned with Next Big Idea Club curator Susan Cain. Listen to the full episode below, or read a few of Amanda’s most notable insights.

On moving from high conflict to good conflict.

Susan Cain: You’ve said that when you first started [this book], you were looking at the question of how to get out of conflict, but then you realized that it was really a question of distinguishing between what you call “good conflict” versus the kind that we’re mired in now, “high conflict.” Can you flesh that out a little bit?

Amanda Ripley: Yeah, so most conflict is good conflict. It’s the kind of conflict where questions get asked. There’s potential for learning, for flashes of curiosity and understanding. You’re not just experiencing the same negative emotion over and over and over—whereas in high conflict, you’re kind of stuck.

You can see that in the research analyzing high conflict. It’s the same frustration over and over. Often contempt gets involved, and disgust. You’re kind of stuck in that feedback loop of negative emotion. Usually, it’s an us-versus-them kind of conflict, and in that state, we behave differently.

The normal rules of engagement don’t work in high conflict. I tell people, “If you’re not going to read my book, that’s fine. Just know that there is this crucial distinction between high conflict and good conflict.” Good conflict we need more of, not less.

Susan: So if you feel like you’re in a state of high conflict, whether it’s personally or civically, what do you do?

“Anytime people feel like they were up high and they’ve been brought low—especially publicly—it tends to ignite high conflict.”

Amanda: So there are a few things that I think about a lot myself. First of all, try to identify the “conflict entrepreneurs” who may be in your midst. These are people or platforms that exploit conflict for their own needs. Sometimes it’s really obvious—it’s for profit or power. But often, it’s for a sense of purpose or comradery. Everyone I followed for this book who shifted out of high conflict into good conflict started by distancing themselves from conflict entrepreneurs. For some people, it’s not relying on your sister when you talk about your divorce struggles. For other people, it’s changing who’s on your Twitter feed, or where you get your news. The key is asking: Who are the people who seem to delight in this conflict? Because they’re the only ones who will benefit from that conflict in the long term.

Why did Thomas Jefferson and John Adams stop speaking for 12 years? High conflict.

Susan: I’m going to ask you to tell us the story of John Adams and Thomas Jefferson—the friendship they had and the conflict they fell into. I want to ask you to talk about the role that humiliation played in their conflict, and the role of the person who tried to smooth things over.

Amanda: So John Adams and Thomas Jefferson were actually good friends. They disagreed on many, many things, but they did it with warmth. Eventually, they ran against each other for president, and this experience, particularly for Adams, was humiliating. Now, humiliation is one of the four key “fire starters” that lead to high conflict. Evelin Lindner, who studies conflict, calls [humiliation] “the nuclear bomb of the emotions.” Anytime people feel like they were up high and they’ve been brought low—especially publicly—it tends to ignite high conflict.

So in the case of Jefferson and Adams, they had this public feud because they were on different sides. Anytime you divide humans into two opposing sides, you tend to get worse conflict. Both of them felt a little funny about the whole thing, and they wanted to renew their friendship, but the conflict entrepreneurs on both sides didn’t want that to happen. After all, once you’re on your side, you feel threatened and distrustful of the other side.

So they stopped speaking for 12 years, which was a real tragedy because the country was young and endangered in many ways. But eventually, Benjamin Rush, one of their mutual friends, brought them back together. Here you have an example of a “shield”—somebody who helps you out of high conflict. He told them both that the other was keen to talk. It may or may not have been true, but that’s what he told them. It took a couple of years, but eventually, they did start writing to each other. They exchanged hundreds of letters. They returned to good conflict, where they could disagree without severing the relationship. The strangely poetic end to their story is that they both died on the same day, which happened to be July 4th.

“Americans are very vulnerable right now because it is not hard to manipulate us, as we keep seeing from politicians, from foreign interference, and from disinformation.”

On the dangers of our us-versus-them instinct.

Susan: I want to talk to you about The Sneetches, which is a Dr. Seuss book that I read hundreds of times when I was a kid. It was about these creatures—one set of creatures had stars on their bellies, and the other set did not. The ones without stars found this elaborate contraption that enabled them to place stars on their bellies. But when they did that, the ones who had originally had the stars removed them from their bellies. They kept going back and forth, each one trying desperately to show that their side was the good side, whether with the star or without. And of course, the point of the book is just to see the absurdity of all.

That book really shaped the way I saw—and see—the world. I think about it all the time still, and especially now. And I thought about it again when I came across your work because you talk about the problem of us-versus-them thinking and how dangerous that situation can be.

Amanda: So one of the fundamental human flaws in the modern world is this us-versus-them instinct that we have as soon as we’re divided in two. The Dr. Seuss book reminds me—you may have heard of this classic experiment that a teacher ran after Martin Luther King, Jr. was assassinated. She divided the kids into brown eyes and blue, and she said that the brown eyes were better. And they immediately turned on each other—instantly there was a superiority, a hierarchy. Then she flipped it the next day, and the same thing happened in reverse. So it is really easy to manipulate humans this way. And Americans are very vulnerable right now because it is not hard to manipulate us, as we keep seeing from politicians, from foreign interference, and from disinformation.

You can’t control other people—but you can control how conflict sounds in your head.

Amanda: Even when you’re going to be in a situation [where conflict is inevitable], it’s up to you what kind of conflict you want to live with in your own head. Do you want to lose sleep to this as you fight it? Do you want to end up suffering, and have the people around you suffer? That’s what happens in high conflict. Everyone I followed ended up harming the people that they set out to protect until they shifted into good conflict. So there’s something about this internal fight versus the external fight that is actually kind of transcendent. Even though you can’t control other people, you can control how you are going to live with this conflict while still fighting for what’s right.