Grandstanding: The Use and Abuse of Moral Talk 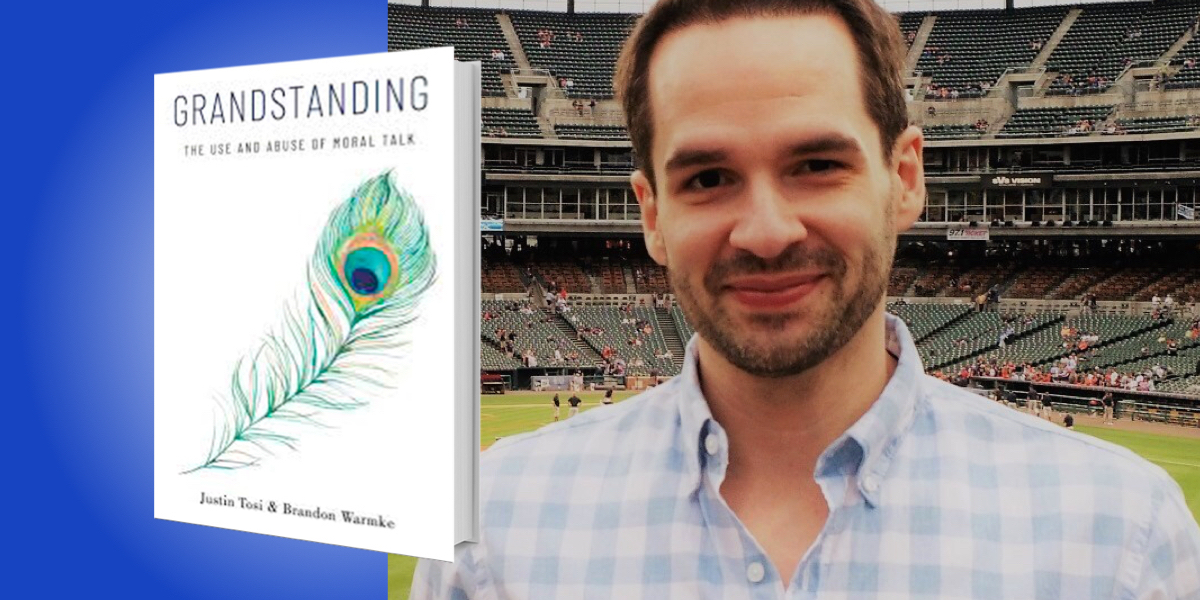 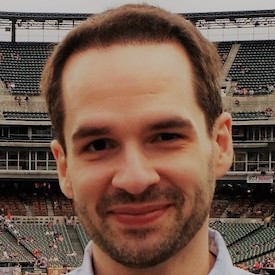 Justin Tosi is Assistant Professor of Philosophy at Texas Tech University, where he focuses on moral, social, political, and legal philosophy. His work has been published in Philosophy & Public Affairs, Legal Theory, Pacific Philosophical Quarterly, and other venues. Brandon Warmke is Assistant Professor of Philosophy at Bowling Green State University, where he writes about ethics and politics. His work has been featured in The Atlantic, Scientific American, Vox, The Guardian, and the Huffington Post.

Below, Justin shares 5 key insights from his and Brandon’s new book, Grandstanding: The Use and Abuse of Moral Talk. Download the Next Big Idea App to enjoy more audio “Book Bites,” plus Ideas of the Day, ad-free podcast episodes, and more.

Next Big Idea Club · Grandstanding: The Use and Abuse of Moral Talk

1. Moral talk is not magic.

When the United States launched Operation Iraqi Freedom, some would say things like, “People questioning this war are being disloyal to their country, and they should be tried for treason.” These critics of dissent were abusing moral talk, using it to humiliate and shame people they didn’t like. So we shouldn’t treat a statement as respectable or well-meaning simply because it includes a few moral phrases. Moral talk is not magic; it can be done badly.

2. People use moral talk for self-promotion.

Moral grandstanding has two parts. First, grandstanding involves saying or writing something in public discourse. A grandstander might say, “As a taxpayer, this president makes me feel ashamed to be a citizen of my country,” for example.

“It’s easy to find people talking about politics and morality in insufferable ways on social media . . . Why is this so common?”

3. Grandstanding is tempting because of our psychology.

It’s easy to find people talking about politics and morality in insufferable ways on social media, but it often seems that they’re simply putting on a show for their friends. Why is this so common?

By nature, we human beings want to gain and keep social status, and a clear way to do that is to talk about your moral and political beliefs. We humans also think highly of ourselves; study after study shows that people rate themselves as morally superior to their peers. Finally, people constantly compare themselves to others, so if other people are posting about an issue online, you might feel like you should speak up, too.

Add up all these ingredients, and it makes perfect sense that people engage in moral grandstanding, both online and off. We’re born self-promoters; we’re our own biggest fans; and we don’t like being outdone.

The moral of “The Boy Who Cried Wolf” is that it’s important that people be able to take you at your word. If you’re not careful about how you use your warning signals, people may not listen when you really need their attention.

“Many grandstanders are in a moral arms race. They aren’t trying to figure out the truth—they’re trying to impress their audience.”

It’s a simple lesson, but participants in public discourse violate it all the time with their irresponsible use of moral talk. For instance, think of people who say that every critical comment about the president is unpatriotic, even treasonous, and should land the speaker in jail. Do you trust the moral judgment of people who say things like that?

Grandstanders are too often like the boy who cried wolf; they overdo it with their moral talk, so we eventually become cynical and take them less seriously. But when there really is a pressing moral problem and a lot is at stake, we need to be able to trust one another. Otherwise, we might ignore the warning signals until it’s too late.

Many grandstanders are in a moral arms race. They aren’t trying to figure out the truth—they’re trying to impress their audience. And to stand out, you have to be more remarkable than others who are also trying to be remarkable. So on cable news panels and in conversations among friends, people compete to issue the strongest condemnation of the president—or, depending on the channel or your friend group—his critics. As a result, grandstanders contribute to political polarization, both by becoming more extreme themselves and by incentivizing others to do the same.