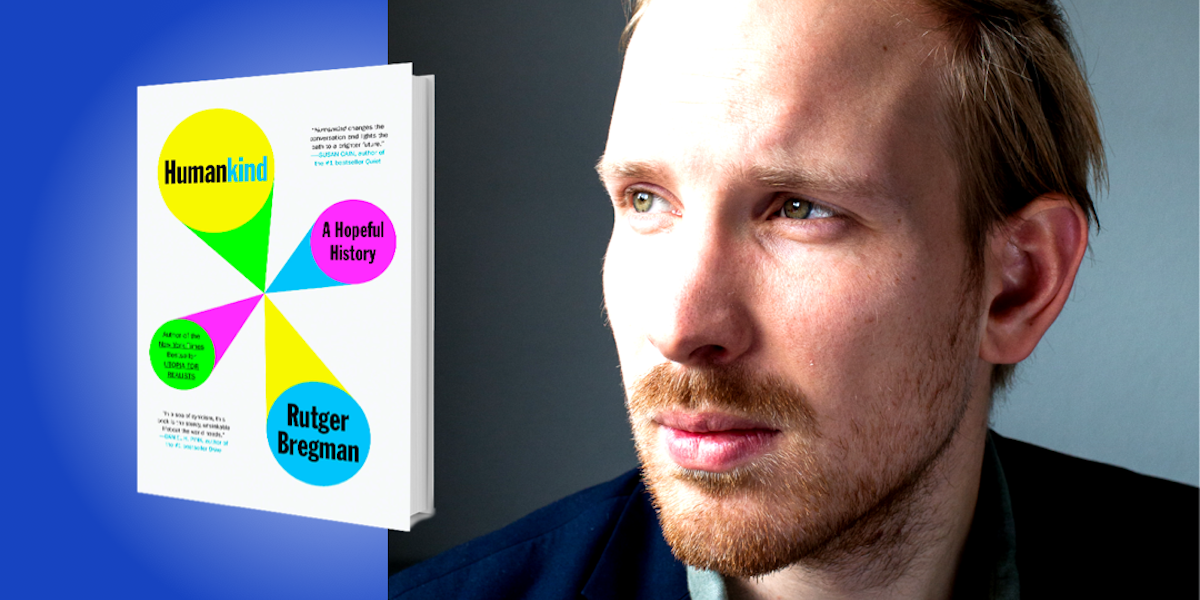 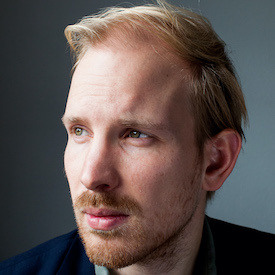 Rutger Bregman is one of Europe’s most prominent young thinkers. He is a historian and a writer at The Correspondent, and his TED Talk on poverty has been viewed over four million times. His last book, Utopia for Realists, became a New York Times bestseller and was translated into thirty-two languages.

Below, Rutger shares 5 key insights from his new book, Humankind: A Hopeful History. Download the Next Big Idea app to enjoy more audio “Book Bites,” plus Ideas of the Day, ad-free podcast episodes, and more.

1. Most people, deep down, are pretty decent.

If you follow the news, you see a lot about corruption and violence and terrorism. But the news is about exceptions in human behavior—in fact, in the past 15 to 20 years, scientists have been moving from a cynical view of human nature to a much more hopeful one.

And believing in the goodness of humanity is a subversive, radical act, because those at the top have often used the cynical view of who we are to legitimize their power. After all, if we cannot trust each other, then we need monarchs and generals and CEOs. But if most people are pretty decent, then we can revolutionize our society and move toward a much more egalitarian, genuinely democratic world.

2. We have evolved to be friendly.

Biologists talk about “survival of the friendliest,” which means that for millennia, it was the friendliest among us who had the most kids, and so had the best chance of passing on their genes to the next generation.

The scientific term for this is “self-domestication,” and there are specific traits that are involved with domestication. Domesticated species have thinner bones and smaller brains, and on average, they just look a bit cuter, friendlier, and puppyish. This may not sound evolutionarily advantageous, but our friendliness, our ability to work together, is the reason why we were able to build pyramids, cathedrals, spaceships, and more.

3. Most of us are incapable of violence—or at least, we find it really, really hard.

If you’ve watched a lot of Hollywood movies, it’s easy to get the impression that, deep down, there’s a monster or a savage animal in each of us. But if you look at the psychology of violence, it turns out that we find it quite difficult. In fact, studies on warfare show that soldiers often don’t manage to fire their guns. They just can’t do it. And when soldiers do kill, they’re often traumatized by it. This suggests that although we can be one of the cruelest species on Earth, violence is not what we’re born to do.

4. What you assume in other people is what you get out of them.

For example, the Dutch healthcare organization Buurtzorg is comprised of self-directed teams of 12 to 30 nurses. There are no managers at all—each team decides for themselves who they want to hire as colleagues, what kind of additional education they need, and more. This may sound utopian, but they’re the most effective healthcare organization in the Netherlands.

5. You should be scammed a couple of times in your life.

It’s easy to be distrustful of other people, but when in doubt, you should assume the best. Why? Because you’ll be right most of the time; most people are decent and can be trusted. This is exactly what makes our society so successful—if we distrusted everyone all the time, we would have to draw up contracts for even the smallest of interactions, and nothing would ever get done.

So if you’ve never been conned, maybe you should ask yourself, “Is my basic attitude in life trusting enough?” And if you have been conned, don’t be ashamed—be proud. That attitude is exactly what makes a society successful.