Intentional Integrity: How Smart Companies Can Lead an Ethical Revolution 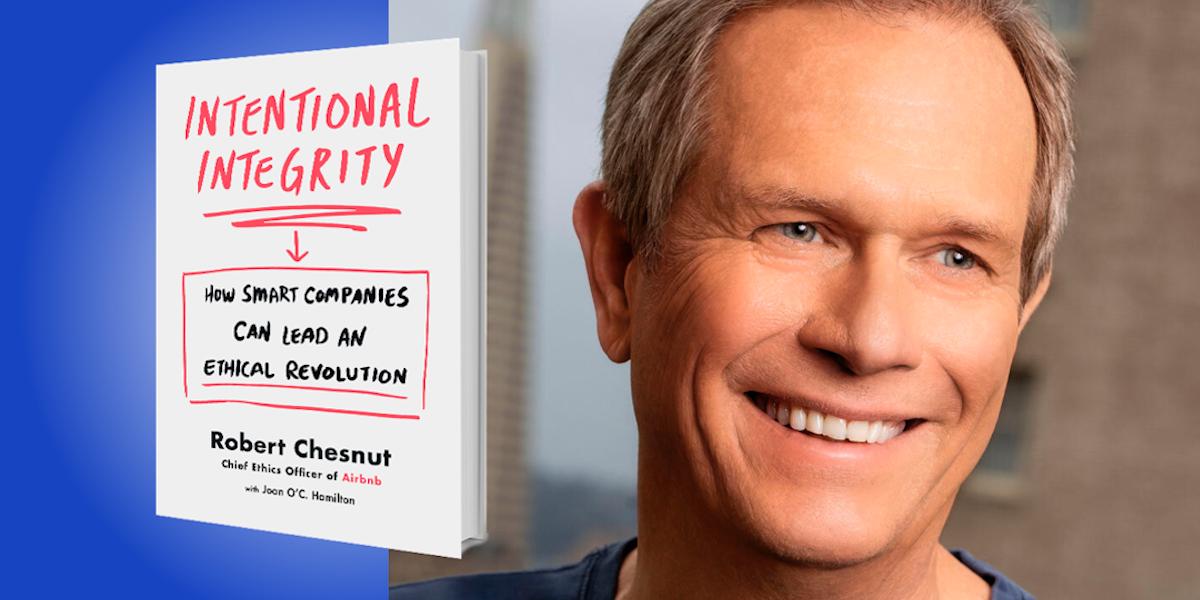 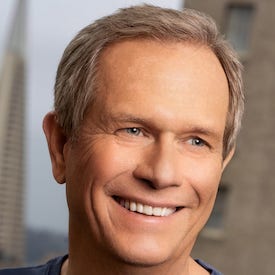 Robert Chesnut is a Silicon Valley expert and the Chief Ethics Officer of Airbnb Inc., a role he took on after nearly 4 years as Airbnb’s General Counsel. A graduate of Harvard Law School, Chesnut worked for fourteen years with the U.S. Justice Department as a federal prosecutor before joining eBay, where he founded its Trust and Safety Team.

Below, Robert shares 5 key insights from his new book, Intentional Integrity: How Smart Companies Can Lead an Ethical Revolution. Download the Next Big Idea App to enjoy more audio “Book Bites,” plus Ideas of the Day, ad-free podcast episodes, and more.

1. We’re at the dawn of an integrity revolution.

Today, headlines are filled with stories of bad behavior by companies and leaders—sexual harassment, fraud, conflicts of interest, privacy violations, anti-competitive behavior, and more. This is partly because consumers, employees, and the press are all more empowered now than ever; employees can share information instantly through apps like Slack, and if their company’s values don’t align with their personal values, they may walk out—or become the next whistleblower, and take a CEO down with them. Companies that don’t see the integrity revolution coming are going to be vulnerable, but companies that know the revolution is here are poised to make integrity a superpower that can energize their employees, inspire their customers, and earn the respect of partners, governments, and the world at large.

For much of the 20th century, companies were focused on profit, revenue, and driving shareholder value. Integrity was nice to have, as long as it didn’t get in the way of business. It was an uncomfortable subject, so executives often outsourced it to legal and HR. Integrity would then show up in a pretty poster on the wall, a code of ethics, or maybe one of those third-party produced sexual harassment videos that companies make employees watch. Integrity has become compliance, simply something that you have to get through because it’s legally required. But those actions don’t inspire or motivate people, because they realize that those materials were produced by somebody else, for somebody else. Instead, corporate integrity is a muscle that companies must learn to exercise intentionally.

We like to believe that to build integrity in a company, we just have to weed out the bad actors. But behavioral psychologists have demonstrated that when you place human beings in an environment where they have a small incentive to lie, a large number of people, 70% or more, will fudge the truth for their own benefit. On the other hand, if you are consistently reminded of your better self, if the people around you talk about doing what is right, and if leaders in particular are acting with integrity, then you are far more likely to act with integrity yourself.

An old story illustrates this idea: There was a Cherokee chief talking to his son. He said, “I have two wolves fighting inside of me, the same two wolves fighting inside all of us. One is a bad wolf, standing for vanity, selfishness, and hurtful behavior, while the good wolf is humble, giving, and empathetic.” The chief’s son said, “Father, which wolf will win the fight?” The chief responded, “The one you feed.”

“Simply hiring a diverse team isn’t enough—you need to foster a sense of belonging for all.”

4. Use the Six C’s to foster corporate integrity.

With the bar going up each year for corporate behavior, companies need a blueprint for how to drive integrity into their culture—and the Six C’s can help.

One big integrity trap is homogeneity, a “culture” where everyone gets along but diversity is lacking. However, simply hiring a diverse team isn’t enough—you need to foster a sense of belonging for all, so that everyone feels their contributions are meaningful. A lack of diversity can also create blind spots in the consumer experience. In 2016, for example, Airbnb was racked by online claims that potential guests couldn’t get a room because of the color of their skin. These claims shocked people inside of Airbnb, but if Airbnb had had more black employees, we might have anticipated the issue and been more proactive. Instead, we have spent the last several years working hard to address this problem, as well as crucial issues related to disability and accessibility for all potential guests.