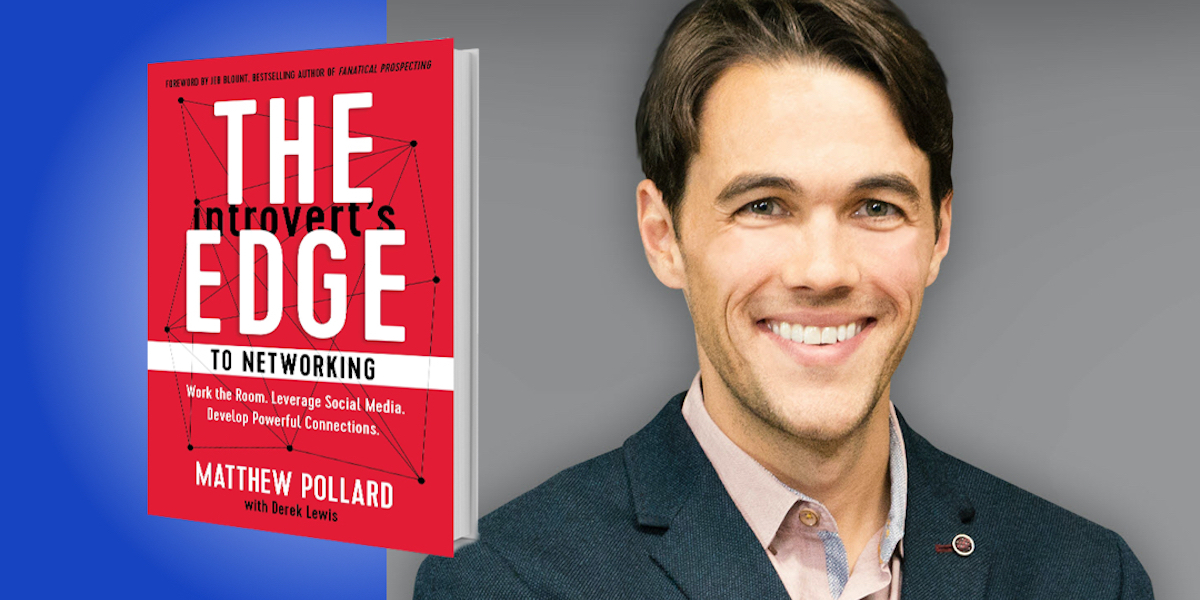 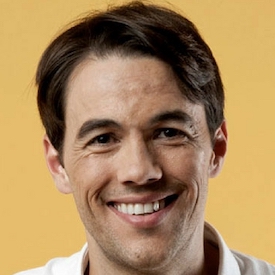 Matthew Pollard, known as “The Rapid Growth Guy,” works with businesses around the world, from startups to Fortune 500 companies like Microsoft and Capital One. Responsible for launching five zero-to-million-dollar businesses, he also founded Austin’s Small Business Festival, which is now a nationwide event.

Below, Matthew shares 5 key insights from his new book, The Introvert’s Edge to Networking: Work the Room. Leverage Social Media. Develop Powerful Connections. Listen to the audio version—read by Matthew himself—in the Next Big Idea App.

That’s a path to exhaustion—you’re never going to be able to keep it up. It’s also going to make you feel totally inauthentic and uncomfortable, which is going to leave you unable to sleep the night after a networking event, playing back all the things you should have said differently.

A lot of the time, we network aimlessly, going into networking rooms and trying to have shallow conversations because we don’t want to feel like we’re selling anyone on anything. We also feel uncomfortable trying to promote ourselves. So we may offer each other a little bit of advice, we may have a little bit of a good time with each other, and then we’ll swap business cards. But the truth is, we don’t really have a great connection with these people. If they call us, then of course we’d love to work with them. But they never actually do, which is why so many people believe that networking doesn’t work.

The reality is that networking does work—you’re just doing it wrong, especially if you’re an introvert, because the introvert’s path to success doesn’t look like that of an extrovert. All introverts need to embrace the power of strategic networking, which takes time. You’ve got to go in with a plan. The goal is to prepare what you’re going to talk about and who you’re going to talk to so that you present the best, most authentic version of yourself, and in a way that makes you feel totally comfortable.

“The introvert’s path to success doesn’t look like that of an extrovert.”

2. Stop introducing yourself by your functional skill.

Wendy was a language coach teaching Mandarin, and she was competing against other people starting their own Mandarin education businesses for cheaper in the same state. She comes to me and says, “How do I compete in this crowded market?” And I said, “What we need to do is avoid the battle altogether.”

I noticed that with some of her clients, Wendy helped them understand the difference between e-commerce in China and the Western world, and the importance of respect. And why learning the language isn’t enough, and why you have to reduce your accent. And how to handle a business card, and why it matters so much. I said, “Wendy, you’re doing so much more for these people than just language instruction. You’re stuck in your functional skill. Let’s call you the China Success Coach.”

She loved the idea, but then said, “Well, who do I sell it to?” And I said, “I believe your ideal client is the immigration attorney.” So all of a sudden, she started to go only to networking events where immigration attorneys hung out. She introduced herself not by her functional skill, but as the China Success Coach—and people leaned forward. It wasn’t long before she had multiple joint venture relationships with immigration attorneys.

Indeed, the easiest sell in the world happens by going to the right events, and not introducing yourself by your basic functional skill.

3. You have to lead with passion and mission, not functional explanation and jargon.

Frequently, I see people introduce themselves by their functional skill as an accountant or as an attorney, and then when people ask more questions, all they do is provide a functional explanation. But hopefully you’re open to the idea of calling yourself by what I call a unified message, your version of the China Success Coach, or in my case, the Rapid Growth Guy.

“People remember up to 22 times more information when it’s embedded into a story.”

When people ask me what the Rapid Growth Guy is, I respond with a passion statement, not something to do with the fact that I teach people sales and marketing. For instance, I say that I love to see an amazing individual with enough talent, skill, and belief in themselves to start their own business. However, I hate to see that same individual get stuck in a hamster wheel of struggling to find interested prospects, trying to set themselves apart, all while feeling like their prospects only care about price. Then I’ll ask my conversation partner if they know anyone like that, and when they respond with “Well, yes I do,” then respond with, “I’m on a mission to help these individuals, specifically introverted service providers, realize that they can have a rapid-growth business doing what they love.”

Notice that I haven’t used the industry jargon, which would make me sound like I’m selling something. I haven’t even really talked about what I do—I just shared my passion for helping the demographic I mean to serve and solving the problems that they have. And then I’ll move into giving an example in the form of a story.

So often when we’re in networking events, and we finally find someone that’s interested in what we do, we start to offer advice, information, or options right away. And to the person that we’re speaking to, it feels like we’ve turned on this firehose of information—it’s overwhelming for them. And they don’t remember half of what you said when they go back home.

What I recommend is to tell a story instead. Many people think they tell great stories, but they don’t. They tell stories like, “A customer wanted this, so we gave it to them.” What I’m talking about is more like the story of how you met your life partner. When you first started telling it, perhaps it was a little bit bulky, and you realized over time that there were elements that people didn’t really pay attention to, so you took them out. And there were things that other people loved, so you embellished them. After a while, it became a bit of a theatrical masterpiece. Those are the types of stories that you want to tell, and you should only need one or two stories when you know your niche.

“Momentum partners will share your work because they genuinely believe in what you do, and you should do the same for them.”

Then every time you go to a networking event, people will have the same problems, so you can talk about your passion and mission, then lead straight into the same story over and over again. You become amazing at telling it, and that is what allows us introverts to present the best version of ourselves.

And when you tell stories, some amazing things happen. Firstly, it engages the reticular activating system of our brain, which actually causes our brains to synchronize. People also remember up to 22 times more information when it’s embedded into a story, and most importantly, it short-circuits the logical part of the brain. That’s the part of the brain that says, “That won’t work for me. I’m not sure about that. I don’t have time for this.” Instead, the brain just listens. And if the moral of the story is, “We worked with a customer just like you, and we got them to an amazing result,” the listener will believe that you can do the same for them. Suddenly, they will want to work with you or hire you.

5. It’s about relationships, not prospects.

Many people go into rooms looking for the ideal client: “Do you want to buy from me? Do you want to buy from me?” Or they aimlessly wander around, hoping that somebody will say, “Oh my gosh, I want that!” But there are three demographics of people that you’ll meet in networking events, and only the prospects are the ones that we actually sell to. The real reason we’re out networking is for the two other types of people, and they are your tickets out of the hamster wheel.

They are called “momentum partners” and “champions.” Momentum partners are people who will introduce you to their networks, like to a podcast host whose show you could be a guest on. Momentum partners will share your work because they genuinely believe in what you do, and you should do the same for them. And then there are champions, people who give your work credibility. Perhaps it’s somebody that endorses your book or writes a testimonial on your website. For me, Ivan Misner is a great example of that, the founder of the world’s largest networking group, BNI. He happens to be an introvert himself, but if I had tried to sell him the first time I met him, I would have missed out on a wonderful opportunity to gain a champion for my work.

To listen to the audio version read by Matthew Pollard, download the Next Big Idea App today: