The New Science of Persuasion 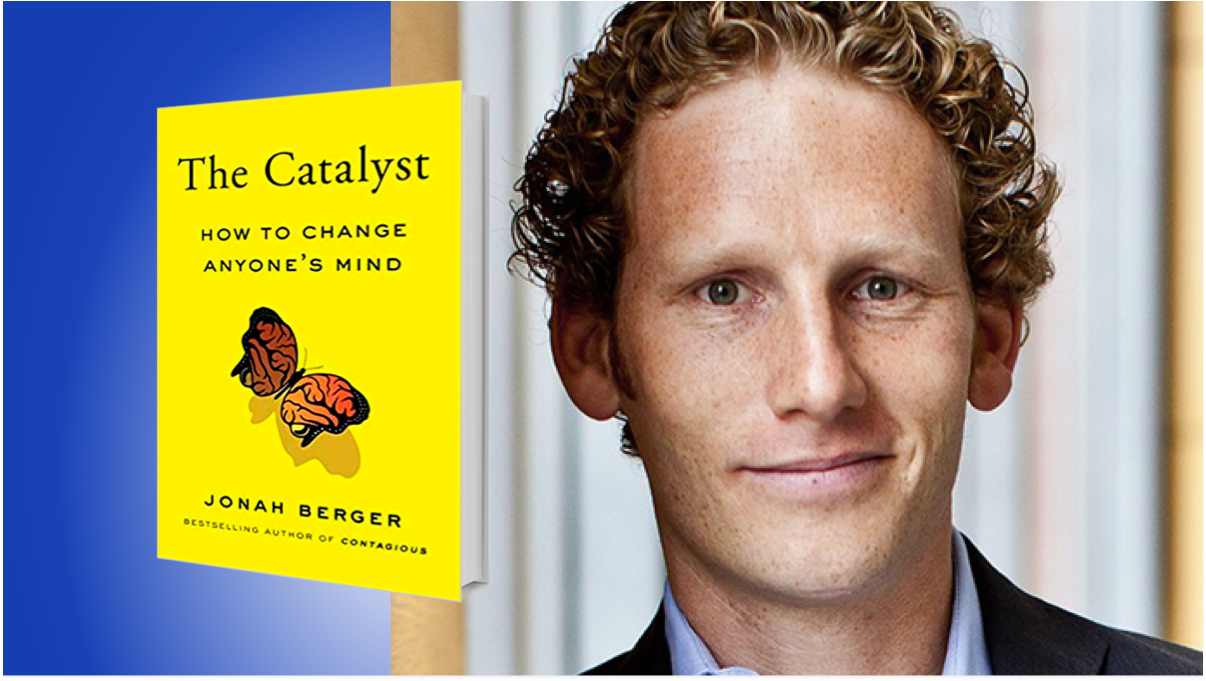 Jonah Berger is a Wharton marketing professor whose new book is The Catalyst: How to Change Anyone’s Mind. He has also written bestsellers Contagious and Invisible Influence, and is a world-renowned expert on social influence, word of mouth, and why products, ideas, and behaviors catch on.

Below, Jonah shares 5 key insights from The Catalyst in this exclusive Next Big Idea Club Book Bite.

When we try to change someone’s mind, we think that if we just add more information or more good reasons, they will eventually do what we ask. But adding more pressure only creates more resistance; instead, think about sitting in a car parked on a gentle slope. When pushing harder and harder on the gas doesn’t get it moving, simply depress the parking brake. By removing barriers to action, persuasion happens naturally.

2. Reduce reactance by offering a choice.

People like to feel like they have freedom and control over their lives, like the choices they make are driven by themselves rather than outside forces. So when we detect an incoming attempt at persuasion, we instinctively become defensive and skeptical. To disarm these defenses, give someone a menu of two or three options, which makes them feel more in control of the decision and therefore more open to change.

3. Ease endowment by pointing out the costs of the status quo.

People are naturally attached to the things they’re already doing, ideas they already have, and products they’re already using. To help loosen their grip, show them that the status quo is not as easy and harmless as they may think. People tend to brush off or ignore small problems with the status quo, but by shedding new light on these flaws and pointing out how they compound over time, you can make the inconvenience of change look more appealing than the cost of inaction.

4. Shrink distance by asking for less.

When we ask for things, we tend to ask for a lot—we might hope that people of a different political persuasion will suddenly “get it” and immediately switch to our side of the issues. But when the distance between how things are and how you want them to be is too great, people will be unwilling to take the leap. Instead, start by asking for a small, manageable change, and when that has been made, ask for another. Big shifts do not happen right away, but one step at a time.

5. Alleviate uncertainty by lowering the barrier to trial.

Whether it’s a new product, service, idea, or behavior, a new way of doing things means uncertainty, and uncertainty means potential risk. To help put people’s minds at ease, companies like Dropbox and the New York Times have allowed people to start using their services for free, with little cost or risk to them. This lowered barrier to trial reduces uncertainty in the minds of consumers, and allows them to convince themselves of the value they’re being offered.