Risk Forward: Embrace the Unknown and Unlock Your Hidden Genius 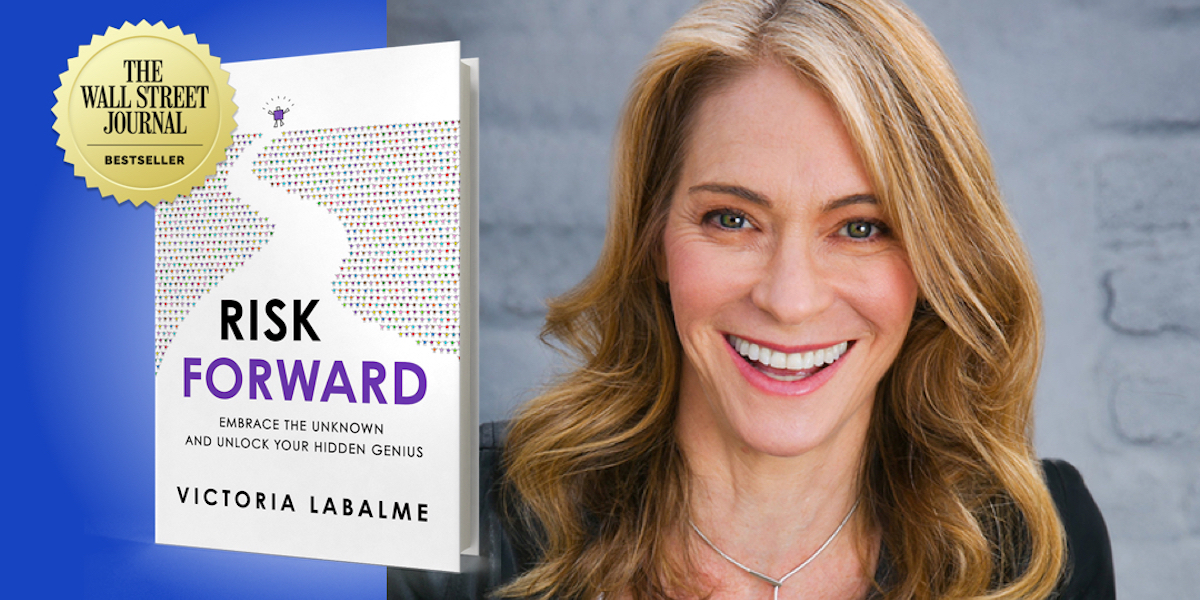 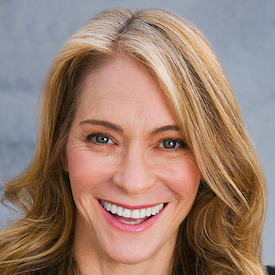 Victoria Labalme works as a private coach and trusted consultant to top executives at world-renowned brands, entrepreneurs running multimillion-dollar businesses, experts, and thought leaders. She has appeared on the stages of Oprah, PBS, TED, and Ivy League institutions.

Below, Victoria shares 5 key insights from her new book, Risk Forward: Embrace the Unknown and Unlock Your Hidden Genius (available now from Amazon). Listen to the audio version—read by Victoria herself—in the Next Big Idea App.

There’s a secret that successful people rarely share, and this is it: Some of the most celebrated companies and creative endeavors didn’t start with complete clarity, a detailed plan, or a five-year goal. They started with a wisp, a glimmer of a thought, which the person then followed and explored, often through significant periods of self-doubt.

While there are certainly times when ideas arrive in our minds in a crystal-clear form, more often than not, we start in what I call “the fog of not knowing,” and we find our way to clarity. We do that by risking forward. This is so important because people feel ashamed of not knowing, as if it’s something to hide. And when they do that, we lose a tremendous amount of innovation and creative capital. Pete Docter, chief creative officer of Pixar and an Academy Award-winning director on multiple films, including Up and Inside Out, says, “Any creative endeavor is a discovery. You start with a gut sense that something feels worthwhile, only to realize it’s shallow and stale. Then you’re lost for a while, not sure where to turn. Only by wrestling through countless rewrites and late nights of self-doubt do you find something new.” You can’t make a new discovery by following a preprinted map. A core tenet of risk forward is trusting the idea that can lead to the idea.

2. Goal-setting can lead you astray.

There’s a pervasive belief that goals are unquestionably valuable, and while they certainly have tremendous merit, it’s essential to be careful when setting them. How are you conceiving your goals? How are you approaching them?

“Don’t let your goals get in the way of your life.”

First, ask yourself, are they really yours? In decades of coaching through my program Rock the Room, speakers would come and tell me that what they wanted was a TED talk and a New York Times bestseller. Hundreds of people said the same thing, and I started to wonder, is that really your goal? It could be that everyone wants the same car, the same golf membership, the same second home in the same second location, the same type of vacation other people take. But is that really what you want?

Second, will those goals actually produce the outcome you really want? So often people set a goal, but it leads to a result that’s unintended and ineffective, or worse, damaging. The classic example is the person who sets out to make millions, but wastes their health and ruins their relationships in the process. More insidious than that, however, are the types of leaders who set goals that are ineffective for their teams. When I did a lot of work in sales and insurance, I would often hear these executives say things like, “I want you to make 100 cold calls.” That type of goal would produce a sales team with this maniacal approach to dialing and dialing. They could check the box saying they’d made 100 cold calls, but how effective were those? What if instead the executive had said, “I’d like you to make as many meaningful, interactive cold calls as you can”? Your goals must be in line with that inner driving force, what I say is your noble intent and the nobility behind your work.

And third, our goals are not the only way to happiness or success. If you think back on some of the top experiences of your life, I would bet that very few of them were the result of setting a goal. Don’t let your goals get in the way of your life.

There’s a pervasive belief that decisiveness is inherently good while indecision is a weakness. But indecision carries wisdom, it carries clues. Why are you indecisive? What’s going on underneath the iceberg of indecision? So often when people are looking at you in an indecisive moment, they’re just seeing you going, “Hmm, I don’t know.” What they don’t see is what’s underneath: the fear of making a mistake, the expectations of others, the need for more info, or the need for fewer voices. It could be fear of repercussions or an unfolding vision that you’re still forming. Maybe it’s that you need an alternative option.

These are the buried reasons, the deeper issues and the underwater currents that live far below. In the hiring and firing world, people use the phrase “hire slow, fire fast.” So why is it that we would assume a decision should be fast? Executives and leaders of all kinds make great decisions through experience. They have a tool kit that they rely on, and it may appear on the surface that they’re making a quick decision, but that comes from years of experience. As my grandfather used to say, “Good judgment comes from experience, and experience comes from bad judgment.” In those moments when you’re indecisive, take the time to reason why. There’s this wrong philosophy that when we make a good decision, we will hear clangs of affirmation—but it’s actually the opposite. When we make the right decision, there’s silence. The noise subsides.

When I first moved into the business and corporate arena, after having spent decades as a performing artist, I tried to hide my background. I would wear suits, I’d use business jargon, and I would take my past experiences and try to present them so that they sounded like they were from the business realm. My early clients spotted that I was really an artist and said, “No, Victoria, it’s because of this background that we hired you. You bring a perspective that we don’t have.”

If you are new to an organization, emphasize that you bring a perspective they don’t have. If you’ve been around for a really long time, you can share the wisdom that you have that others might not. If you run your own small organization, rather than bluff and pretend you have “associates,” just tell them, “You’ll get to work directly with me.” My friend Stan Slapp is an only child, and when people say to him, “Wow, you’re an only child,” he says, “Yup, my parents got it right the first time.” If you’re someone whose husband left you, instead of talking about that, say, “I raised five kids on my own.” I didn’t get married for many years. When I was in my 20s, people gave me a hard time about it. It continued all the way into my 40s. People would tap their watches and say, “What’s your problem?” I finally learned to look at them and simply say, “I skipped my first divorce.” What can you flip around into a feature?

“The creative process is, by its very nature, one that happens out of order.”

5. Creativity doesn’t happen in a line.

There’s a strategy I have suggested to thought leaders around the world for cutting their time in half. It leaves them freer, and they discover the originality of their own thoughts. This method works whether you’re an author brainstorming a book, an executive planning a project, an expert prepping for an interview, a marketer planning a launch, an agency developing a big pitch, an entrepreneur designing a retreat, or a speaker crafting a presentation. The idea is the V-card system.

Start by getting a set of three-by-five colored index cards—they’re the perfect size for your breast pocket, back jeans pocket, purse, or bag. Keep some around the house and your office, too.

The challenge with a pre-lined surface for your creative process is it forces you into logic and order, and pretty soon you’re crossing out words and drawing arrows until the page becomes a mess. Sticky notes are problematic because they crumple and get stuck together. You can’t move them around, they’re small, and they tear. An electronic device brings its own complications: Should you make it bold, italic, what font should you use? What software should you use? But when you have three-by-five colored index cards, something extraordinary and magical unfolds. It brings out a part of your brain that is creative and fluid and freeing. And there’s a ton of neuroscience around the value of writing with your hand on a piece of paper.

So I tell my clients, get three-by-five cards and a Sharpie. Write no more than five words per card because you’re not writing the script or the whole plan, just the cue words to remind you what the idea is. Then, when you have a stack of cards and you’ve brainstormed a lot of ideas (one idea per card), you spread them out. It could be on the floor, dining room table, kitchen counter, your desk, or even across your bedspread. Look at your ideas and start mixing and matching, grouping and regrouping which ones go together, which ones go in another project. Pretty soon, you’re going to find a whole new form you could not have imagined from the start.

There’s also another benefit to the V cards, which is that if you’re in a social setting and you pull out your phone to jot down an idea, people think you’re checking your social accounts or email, but when you pull out a V card people think, “Wow, this must be important. I think this person’s smart.” The creative process is, by its very nature, one that happens out of order. Remember, creativity doesn’t happen in a line.

To listen to the audio version read by Victoria Labalme, download the Next Big Idea App today: