Real leaders lead much more like a careful gardener, managing the transfer, not the technology. 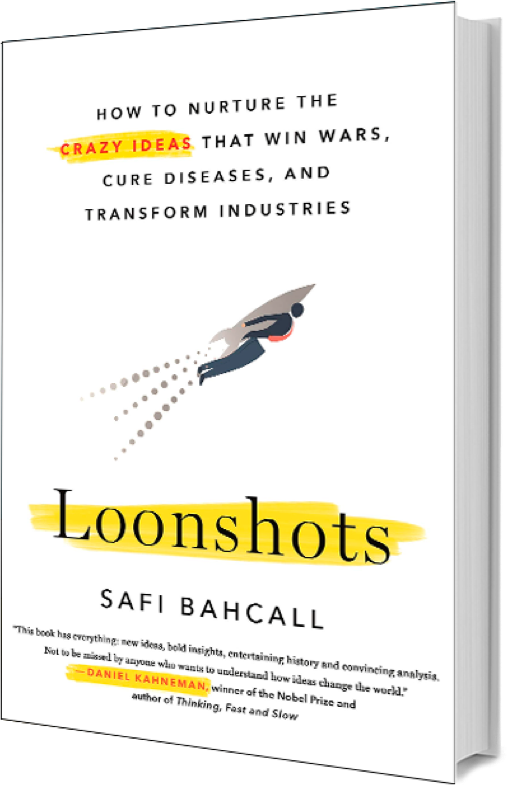 Loonshots: How to Nurture the Crazy Ideas That Win Wars, Cure Diseases, and Transform Industries
Buy now at Amazon

Most Recent with Safi

Sign up for Safi Bahcall newsletter, and more.
Success! You'll hear from us soon.