The Transcendentalists and Their World 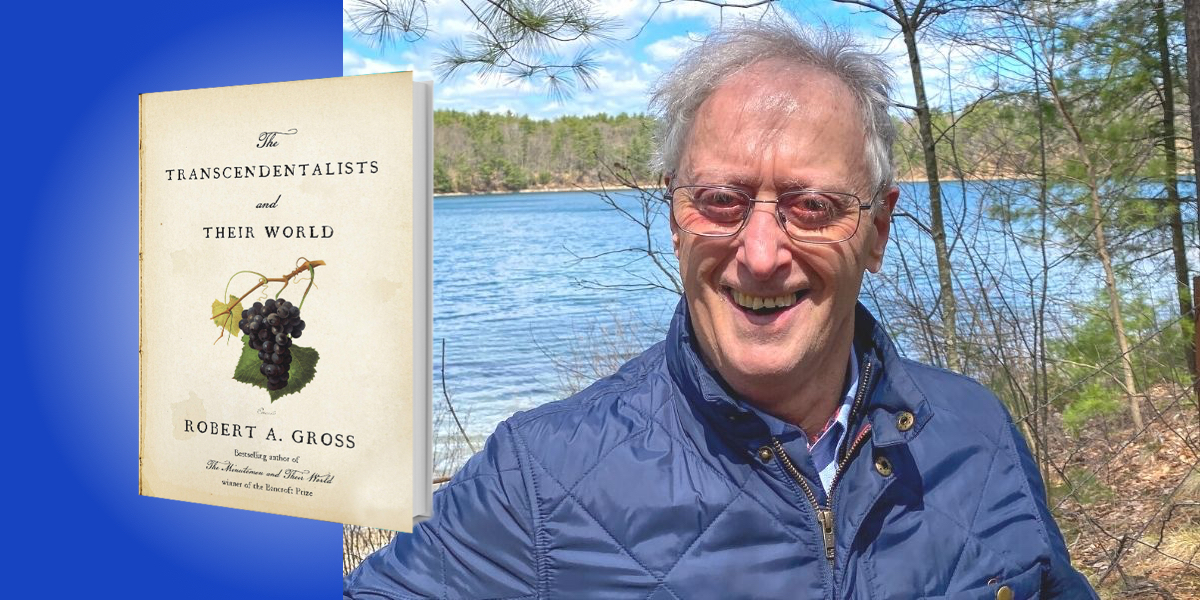 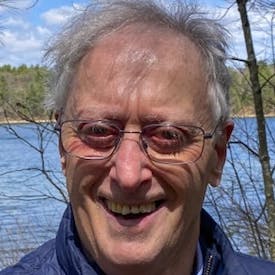 Robert Gross is a historian and emeritus faculty member at the University of Connecticut. He was born, raised, and educated in America’s northeastern states, and specializes in the social and cultural history of the region. He has received awards for his previous books, such as the Bancroft Prize in American History for The Minutemen and Their World. He has also spent two decades deeply involved in the interdisciplinary field known as the history of the book.

Below, Robert shares 5 key insights from his latest work, The Transcendentalists and Their World. Listen to the audio version—read by Robert himself—in the Next Big Idea App.

1. Get started early and build for the future.

Periodically in world history, a single place gains fame as an international center of ideas and culture, where great thinkers and artists gather to advance intellectual movements and produce enduring works of art and thought for all humankind. Think Plato’s Athens, Renaissance Florence, and Goethe’s Weimar. In this array of cultural capitals, one American small town stands out: Concord, Massachusetts, the mid-nineteenth century home of the American Transcendentalists. How did Concord, then a country town of some 2,000 people, become, in the words of the novelist Henry James, “the biggest little place in America”?

Founded in 1635 by English Puritans, Concord was the first town in Massachusetts Bay to be located above tidewater. Its religious founders aspired to be “A City upon a Hill.” It was a farming town, whose first settlers reproduced English methods of husbandry on corn fields that had been planted by Native people for centuries. It also had a central village where people gathered to trade, worship, socialize, and govern themselves. Strategically located on the road network of the province, it came to be a staging ground for military expeditions and a seat of government and courts. Eighteen miles from the capital in Boston, Concord was at once an inland community with a distinct identity and a cosmopolitan place, well-connected to the wider world.

“In the wake of the battle and the successful war that followed, the people of Concord claimed pre-eminence as the birthplace of American independence.”

2. Engage the history of your times—on the winning side.

On April 19, 1775, Concord became the starting point of the Revolutionary War, when local Minutemen confronted invading British Regulars at the Old North Bridge and, in the words of Ralph Waldo Emerson, “fired the shot heard round the world.” The Concord Fight culminated a decade of growing conflict between colonists and royal officials over Britain’s insistence on taxing the inhabitants and restricting local rule.

In this contest, the people of Concord initially kept their distance from protests, but as events escalated, the town entered the front ranks of revolution. It hosted the extralegal assembly organizing resistance and served as the principal depot of military supplies for the American army. In the wake of the battle and the successful war that followed, the people of Concord claimed pre-eminence as the birthplace of American independence. This civic identity was a key part of the town’s growing fame.

3. Be at the crossroads of social and economic change.

In the 1820s, Concord, with some 2,000 inhabitants, underwent a profound transformation. The small, ordered community, founded by Puritans and defended by Minutemen, was dramatically unsettled by the expansive forces of capitalism and democracy. Farmers abandoned the old “corn and pumpkin” husbandry, geared to household needs, and specialized in crops for urban markets. Small manufacturers thrived in an advancing industrial revolution.

“Intellectually, as books, newspapers, and magazines proliferated, the latest discoveries and ideas of the wider world shook up old traditions and certainties.”

As trade and transportation quickened, a more fluid society took shape. Politically, the rising forces of popular democracy challenged an entrenched elite in bitter partisan fights. Religiously, the ancient ideal of “one town, one church” gave way to a diversity of sects. Intellectually, as books, newspapers, and magazines proliferated, the latest discoveries and ideas of the wider world shook up old traditions and certainties. In this cauldron of change, people were open to new ideas.

4. Provide a congenial setting for artists and thinkers.

In 1834, Boston native Ralph Waldo Emerson, a rising figure in the intellectual movement known as Transcendentalism, made Concord his home. Descended from a long line of clergymen in the town, Emerson was returning “to the quiet fields of my fathers.” But he was not seeking intellectual repose. A Unitarian minister himself, he was about to challenge the religious inheritance of New England with a radical new vision of faith, mixing Puritan, Enlightenment, and European Romantic influences into an outlook suited to a democratic age. In a world “in perpetual flux,” old traditions and familiar institutions were of little use. “Trust thyself,” Emerson urged, and seek inspiration in nature.

This philosophy of individualism would become an American creed, and Concord its shrine. The landscape provided an ideal setting for the resident thinker, with Walden Pond a convenient destination for daily walks. The village sustained an active commercial and cultural life. Emerson sought out contact with common folk, and the elite welcomed him into its ranks. With his home at the head of the turnpike into Boston, the “Sage of Concord” enjoyed the advantages of country and city, and carried his message of democratic individualism to the wider world.

“In a world ‘in perpetual flux,’ old traditions and familiar institutions were of little use. ‘Trust thyself,’ Emerson urged, and seek inspiration in nature.”

5. Promote the reputation of your community as a desirable place to visit and to live.

Emerson aspired to build a village of intellectuals. He was a mentor to Henry David Thoreau, the only native son among the Concord writers. His presence attracted congenial thinkers to settle or sojourn to the town, including Bronson Alcott, Margaret Fuller, Nathaniel Hawthorne, and lesser lights. (He also tried in vain to recruit the British man of letters, Thomas Carlyle.) The concentration of writers and reformers enhanced Concord’s fame.

By the 1840s, the town was becoming popular as a destination for visitors eager to see the opening battlefield of the Revolutionary War. The growing traffic helped reshape the local economy. With the coming of the railroad in 1844, the town waned as a hub of commerce and crafts, but it gained appeal both as a tourist site and as a suburb for commuters into the city.

The Transcendentalists idealized Concord as a bucolic refuge from urban ills and as a center of “plain living and high thinking.” The writers and their homes were among the attractions. Together, the landscape, the Revolutionary heritage, the literary luminaries, the boosterism, and the social and intellectual ferment of the age elevated Concord into an ideal American town.

To listen to the audio version read by author Robert Gross, download the Next Big Idea App today: