Winning Now, Winning Later: How Companies Can Succeed in the Short Term While Investing for the Long Term 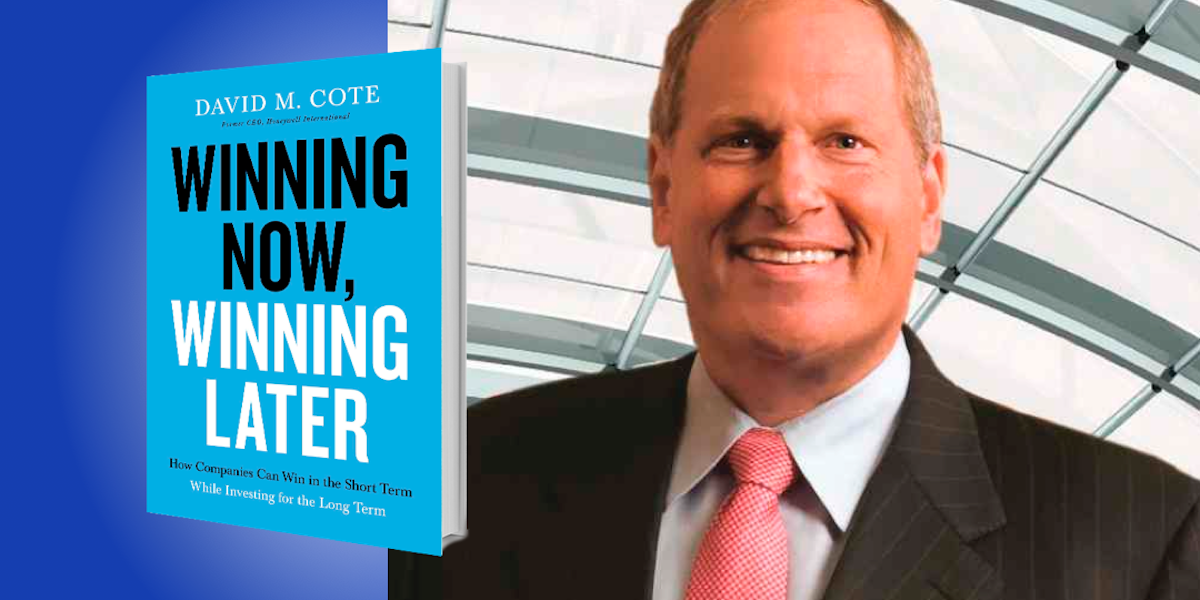 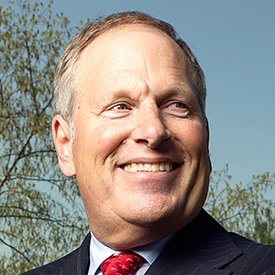 David Cote served as Chairman and CEO of the industrial giant Honeywell for over 16 years, during which time he grew the company’s market capitalization from around $20 billion to nearly $120 billion, delivering returns of 800 percent. He is currently a member of the Aspen Economic Strategy Group and on the Boards of the Council on Foreign Relations and the Conference of Montreal.

Below, David shares 5 key insights from his new book, Winning Now, Winning Later: How Companies Can Succeed in the Short Term While Investing for the Long Term. Download the Next Big Idea App to enjoy more audio “Book Bites,” plus Ideas of the Day, ad-free podcast episodes, and more.

Next Big Idea Club · Winning Now, Winning Later: How Companies Can Succeed in the Short Term…

1. Success is about achieving two seemingly conflicting things at the same time.

Most people want to focus on just one thing at a time, because it’s easier. I used to call it my “any ninny theory,” because any ninny can do just one thing. Examples in the business world include: do you want low inventory, or great customer delivery? High prices, or great volumes? In society, do we want to reopen the economy, or keep the virus from spreading? In every case, you want to achieve both—and the same is true when it comes to achieving both short-term and long-term results.

2. Parallel focuses on the short term and long term are not mutually exclusive—they are mutually reinforcing.

We need to invest in the long term, because the long term eventually becomes the short term. And if the seed-planting has not been done, then you run out of gas. But performance in the short term is also important because, for one, you need to provide a return to owners or your boss. And two, short-term performance provides validation that you are on the right long-term path.

For me, one good way to tie the short term to the long term was at the beginning of a given year, I would tell each of my staff members what I expected from them for the following year. We also set aside 12 days a year to address strategic opportunities.

3. A long-term focus starts with the leader’s mindset.

If the leader’s mindset isn’t there, or if she doesn’t walk the talk, then long-term initiatives won’t work. The leader needs to talk about it, invest in seed-planting for the future, and stop all short-term practices that hurt in the long term.

A great way for a leader to change their mindset is to give themselves time to think and plan. Too many leaders become victims of their calendars, racing from one thing to another, with only a stray hour here or there to think. Before a year even began, I would set aside two to three days each month, during which I would think about the company, global trends, our processes and people, and issues I hadn’t addressed. That unstructured long-range thinking was hugely beneficial to our success.

We all know the same stuff: Customer service is important, a high-performing culture is important, et cetera. But if we all know this stuff, why is there such a difference in performance among companies? Because the trick is in the doing.

Too many initiatives go too fast, so an organization can’t assimilate the change. There are often too many leaders. Good progress isn’t tracked, which kills drive for improvement. And then there’s the maxim, “What gets measured gets done.” If you measure something, the metric does get better, but sometimes it’s simply because organizations learn how to manipulate the numbers. Knowing what your company needs isn’t enough; you have to pay careful attention to the real-world execution of your vision.

5. Take control of a downturn.

We handled the Great Recession differently than other companies, which showed up in our stock price over the next 10 years. When you’re facing a downturn, there are a few things to keep in mind.

The first is not to panic. The second is to think independently—avoid herd thinking from the media or your own organization. Third is to stay focused on doing a great job for your customers. And fourth is to start planning for recovery, because recovery does come, regardless of what the herd may think. So keep funding your investments for the future, and use furloughs and benefits reductions to avoid layoffs. In this way, when recovery comes, you’ll have the people to support it. By doing these things, you take control of the downturn and build advantages over competitors, even during tough times.