Your Winter Reading List Is About to Get a Major Upgrade 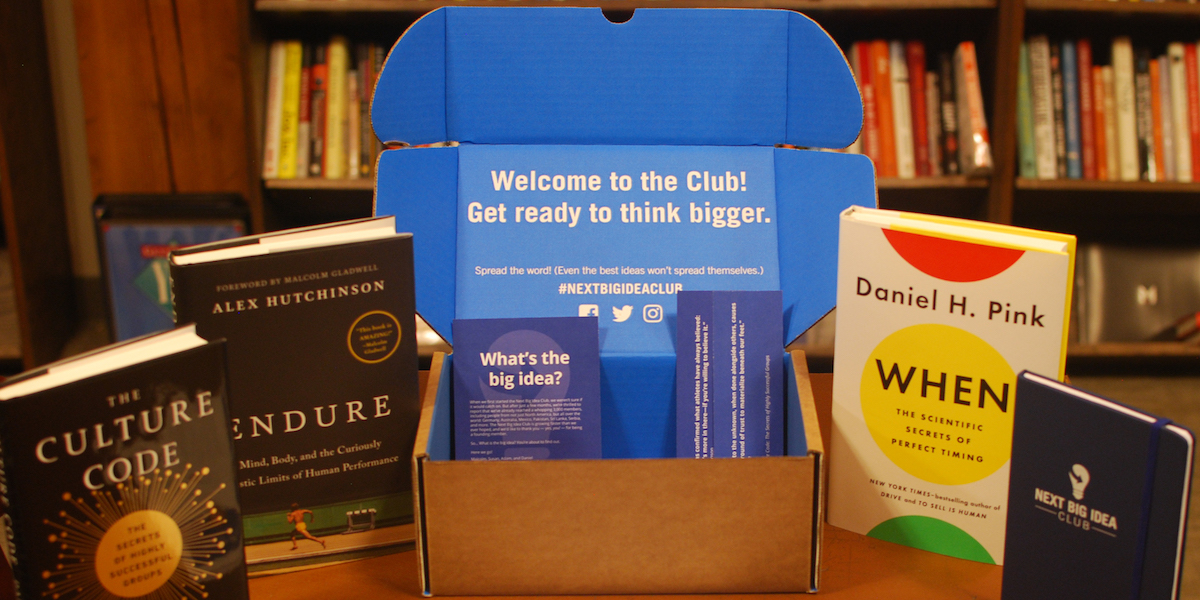 We’ve got big news from the Next Big Idea Club! The new curated book club—led by Heleo Thought Leaders Malcolm Gladwell, Adam Grant, Susan Cain, and Daniel Pink—has just announced which two books were handpicked by the four curators as the two most exciting, most life-changing books of the season. The lucky winners are:

THE CULTURE CODE: The Secrets of Highly Successful Groups

Our lives are spent in groups, including our teams at work and our families at home. In The Culture Code, bestselling author Daniel Coyle dives into some of the world’s most successful organizations—from the San Antonio Spurs to an infamous gang of jewel thieves—to discover how these top groups build such strong, supportive cultures. The result is an unprecedented account of why some groups fail and others succeed, and how you can help your own group work better than ever.

“I’ve been waiting years for someone to write this book—I’ve built it up in my mind into something extraordinary. But it is even better than I imagined. Daniel Coyle has produced a truly brilliant, mesmerizing read that demystifies the magic of great groups. It blows all other books on culture right out of the water.”—Adam Grant

Whether we’re going for a morning run or working on a tough project at the office, every day is a test of our endurance. National Magazine Award-winning journalist and world-class runner Alex Hutchinson sheds fascinating new light on the subject in Endure, a groundbreaking tour through the latest psychological studies and history’s greatest feats of human endurance. Using both science and storytelling, he guides the reader toward a new understanding of how they might go farther, push harder, and achieve more than they ever thought possible.

“I’ve been reading Alex Hutchinson for years. He has quietly become the most authoritative voice on exercise science, and with Endure, he’s written a fascinating book on the nature of endurance. Here’s what we can learn from Tour de France cyclists, Olympic marathon runners, and chess grandmasters about the ability to persist in the face of pain and difficulty.”—Malcolm Gladwell

Want to get the most out of your reading experience? Join the Next Big Idea Club for exclusive The Culture Code and Endure bonuses, including course materials, insight videos, and author interviews. Click here to sign up now.